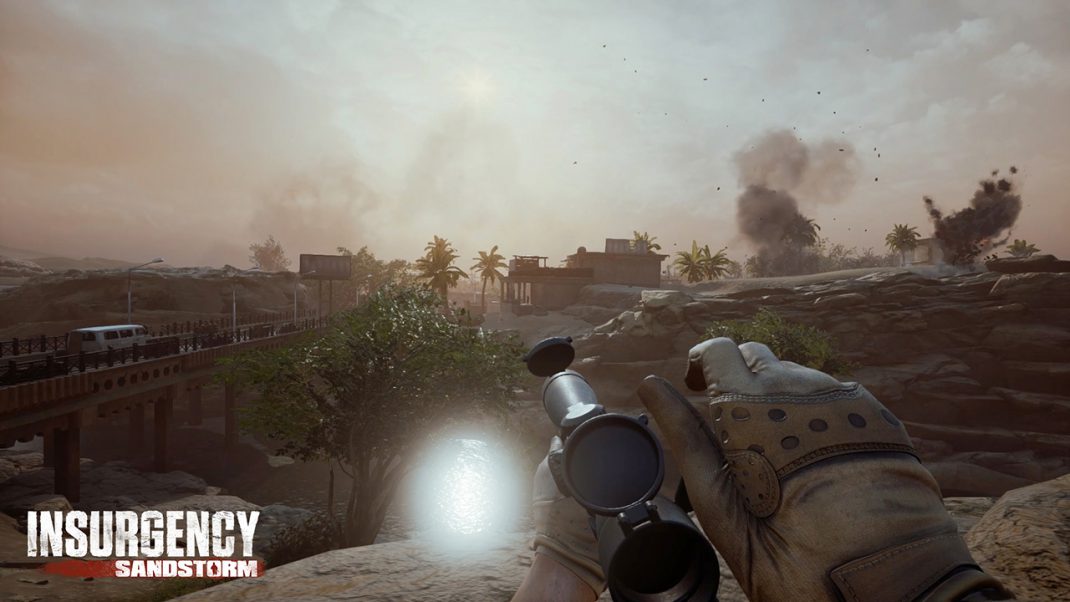 June 12 – 2018 Insurgency: Sandstorm is New World Interactive’s reborn, improved, and expanded sequel to indie multiplayer FPS hit Insurgency, coming September 2018 to PC and 2019 to consoles. In the new E3 2018 trailer, discover how Insurgency: Sandstorm brings you closer to the action than ever in tense, coordinated skirmishes where skill is rewarded, and teamwork wins the fight.

New World Interactive and Focus Home Interactive are also excited to announce the opening of pre-orders on Steam. PC players can pre-order with a 10% discount and get access to the beta a few weeks before the release of the game. An additional 10% discount will be given to players that own the original Insurgency – this additional discount will be offered until the end of 2018.

Prepare for a hardcore depiction of combat with deadly ballistics, light attack vehicles, destructive artillery, and unprecedented audio design putting the fear back into the genre. Death comes fast, ammunition must be carefully managed, and the environment must be tactically navigated at every step toward victory.

Insurgency: Sandstorm is a game of team-based tactics and objective-oriented gameplay in a fictional, contemporary Middle Eastern conflict, complete with player versus player, competitive matchmaking and co-operative game modes versus AI. Your soldier’s appearance, weapons, attachments, armor, and amount of carried ammo are all up to you. Call in airstrikes, use vehicles with mounted weapons, and equip a wide range of specialist weaponry from grenades to drones to C4 explosives.

Insurgency: Sandstorm releases on PC in September 2018, and on PS4 and Xbox One in 2019. Pre-order now on Steam and get bonuses.