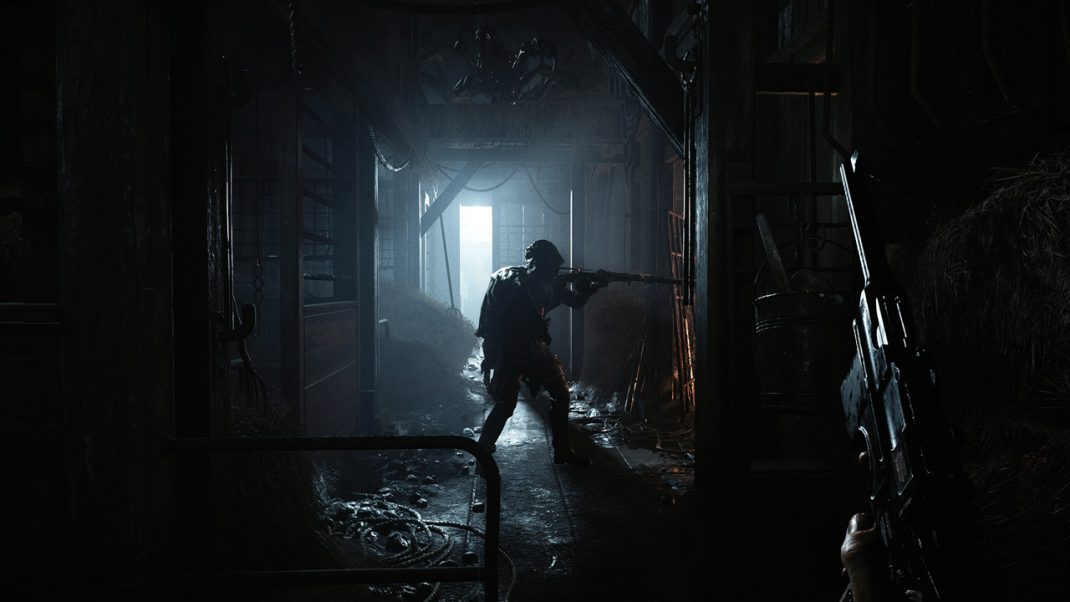 June 12, 2018 – Crytek has revealed new footage of the latest weapons (and a new monster!) coming to the first-person bounty hunting game Hunt: Showdown. This content, which debuted earlier today during the PC Gaming Show at E3, will be released very soon and accompany other new features and additions to the game.

The Vintage Crossbow, a large, quiet weapon ideal for a stealthy kill. You can retrieve the crossbow’s bolts from the corpses of your enemies after you’ve shot them down.

Throwing Knives are a quiet, light option—they can be used for one match (considered a consumable) and carried in addition to primary and secondary weapons. Knives, like crossbow bolts, can also be retrieved from the corpses of your dead enemies. And, of course, from any other surface you throw them at.

The Hand Crossbow is a smaller version of the Vintage Crossbow, and, as it is categorized as a pistol, can be carried in addition to a larger weapon—bolts retrievable, shots stealthy.

The Sticky Explosive Bomb is a barbed bomb designed to stick to walls and other surfaces when thrown. You throw ‘em, they stick, and then they explode!

There is something in the water now… our newest monster is the Water Devil, a tentacled creature that attacks players when they are traversing the swamps and bayous.