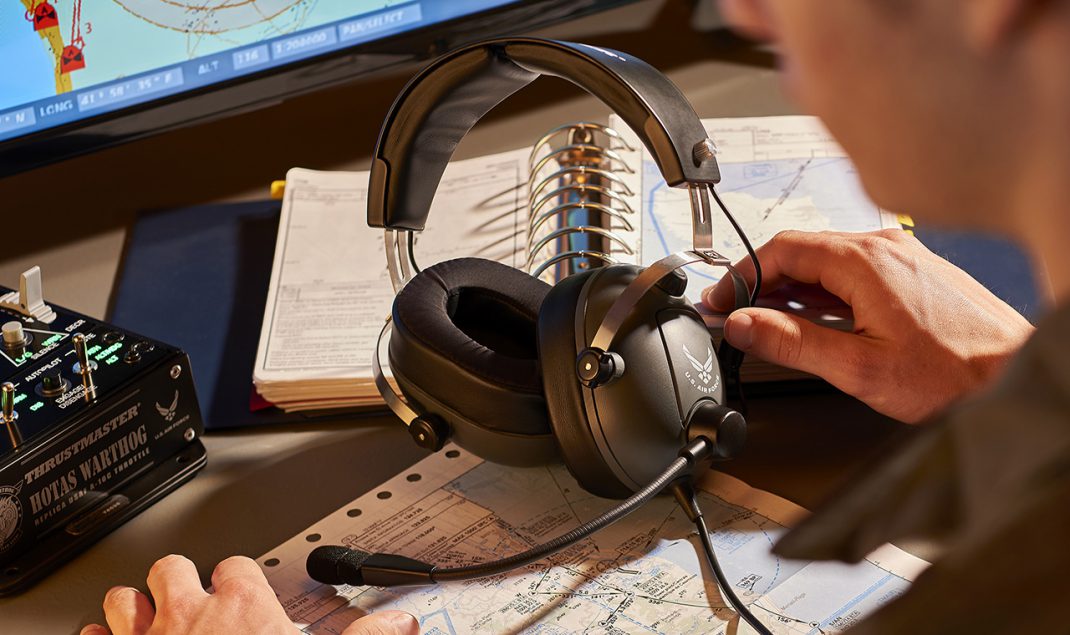 Rennes, France, June 7, 2018 — Thrustmaster is poised to change the perception and expectation for what’s possible in flight games and simulations with new additions to their elite flight ecosystem for 2018. On early display during the E3 Expo in Los Angeles, Thrustmaster’s new introductions are the result of extensive research and high-end collaborations with global partners that include top video game developers, the flight sim community and even the U.S. military. 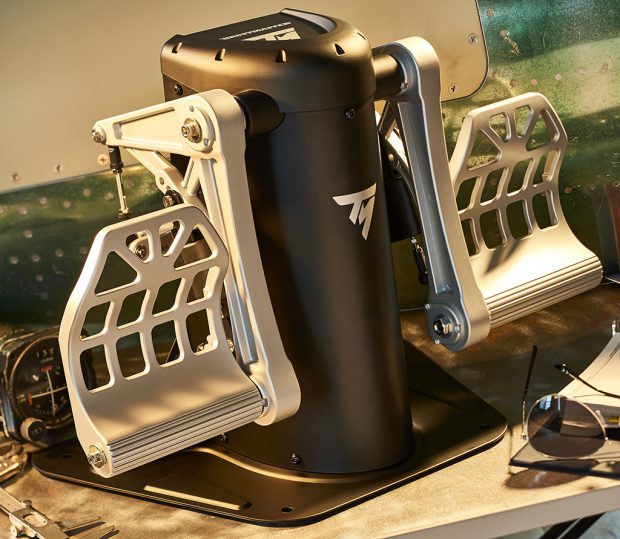 Essentially ripped from the fuselage of an aircraft and made compatible for gaming systems, the TPR Rudder system is a 15-pound steel & aluminum marvel whose precision engineering and use of Thrustmaster’s proprietary PENDUL_R™ technology makes it the first-ever, mass-market pendular rudder systems and instantly becomes one of the most advanced products ever offered to fans of flight sims and flying games.

The TPR Rudder’s unique suspended pendular mechanics combine with minute HEART™* magnetic readings to provide unprecedented precision and fluidity on each of the three axes.  In all, no detail has been spared from the chassis to the toe brake, so whether you’re dog-fighting for top gun honors in modern combat jets or warbirds, landing commercial airliners or private jets, or exploring outer space, the TPR Rudder system helps provide total control of your craft right down to the smallest details and adjustments.

Inspired by the design specifications requested from actual and virtual pilots from the military and civilian worlds, the T-Flight U.S. Air Force Edition Headset is what you’d expect from such a collaboration: crystal-clear audio, minimal distortion and long-term cushioned comfort.

Check out Thrustmaster’s entire line of exciting products at booth #2811 in South Hall during E3.  Flight fans unable to catch Thrustmaster at E3 can experience their products at the following events: