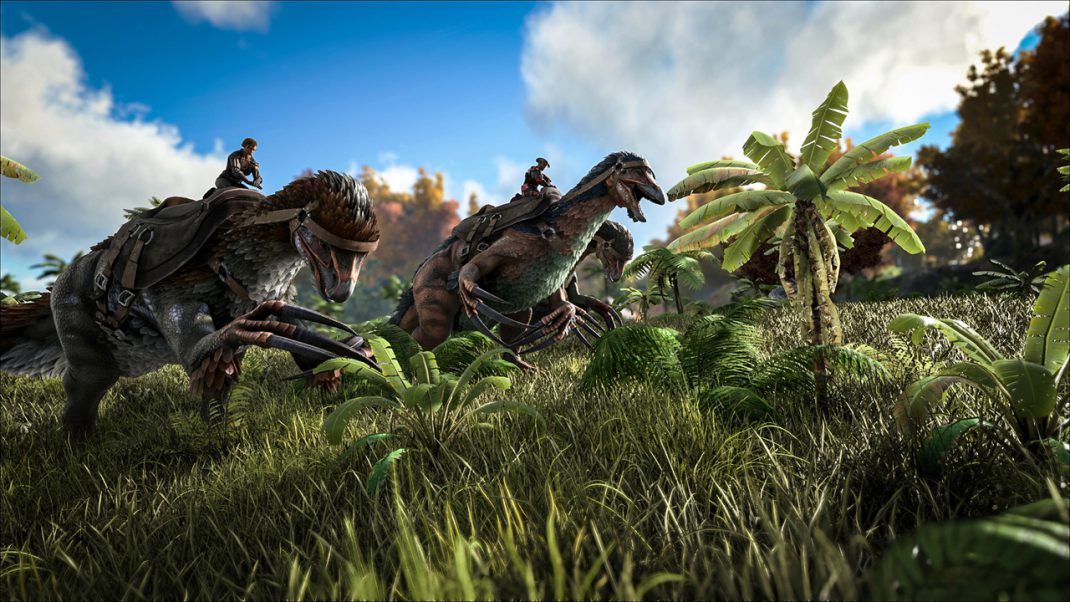 Gainesville, FL – June 6, 2018 – War Drum Studios, along with franchise creators Studio Wildcard, announced today that ARK: Survival Evolved will launch onto both iOS and Android on June 14, 2018. On phones and tablets, ARK: Survival Evolved is the same multiplayer game loved on Xbox One, PlayStation 4, PC, Mac and Linux with the entire mysterious island to explore, 80+ dinosaurs and primeval creatures to tame and train, crafting, building, and more! The major difference is ARK: Survival Evolved on mobile is free-to-play with more accessible gameplay developed specifically for on-the-go dinosaur fun!