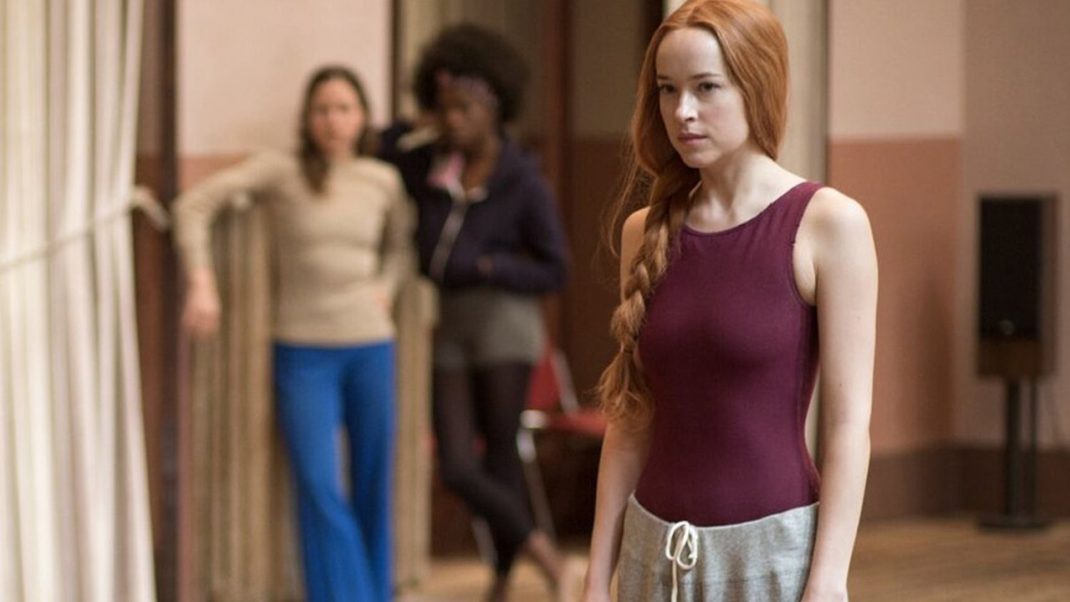 Here’s the new teaser trailer for SUSPIRIA, the upcoming suspense/horror film which is a remake of the 1977 film of the same name by Dario Argento, and stars Tilda Swinton, Dakota Johnson, Chloë Grace Moretz. SUSPIRIA is due out on November 2, 2018.

As a darkness builds at the center of a world-renowned dance company, its artistic director, a young American new to the troupe, and a grieving psychotherapist become entangled in a bloody, sighing nightmare. Suspiria arrives in theaters November 2. From director Luca Guadagnino. Starring Dakota Johnson, Tilda Swinton, Mia Goth, Jessica Harper and Chloe Grace Moretz.