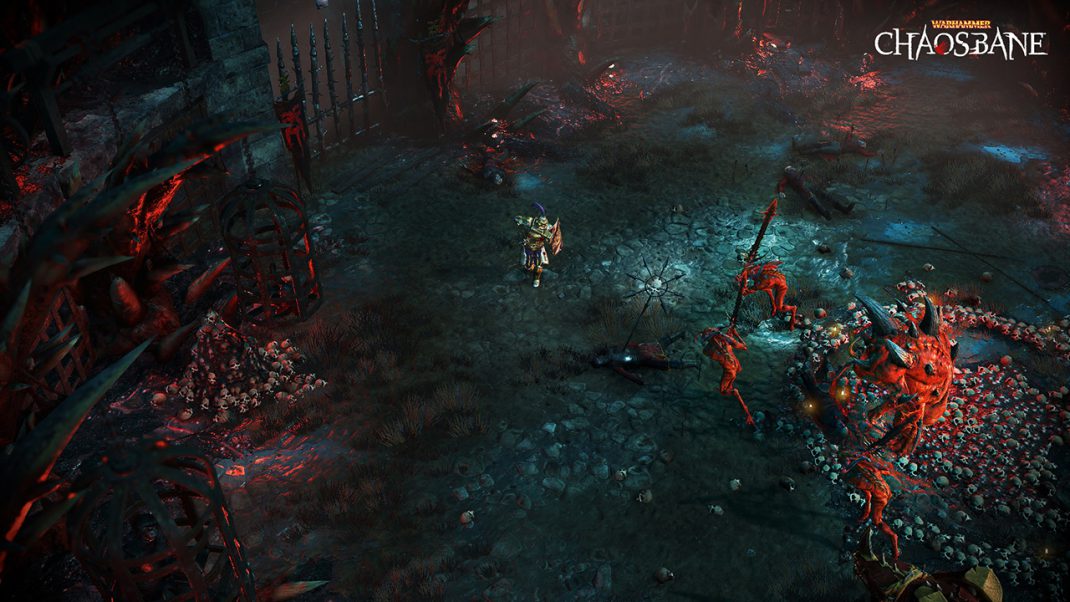 Lesquin, June 1, 2018 – Bigben, Games Workshop and Eko Software are glad to reveal the name of the next console and PC game based on the famous Warhammer license: Warhammer: Chaosbane.

The development of the title is being done by Eko Software, a French studio who has demonstrated great skill in the hack’n slash genre with How to Survive 1 and 2, a series which captivated millions of players.

This adaptation of the franchise will be the first Action-RPG to take place in the Warhammer Fantasy world. The game takes place in the Old World, a dark and bloody continent devastated by wars against Chaos.

In Warhammer: Chaosbane, the player will be plunged into the middle of Old World history as they embody a human, a high elf, a wood elf, or a dwarf and discover several iconic locations such as the cursed city of Praag, or Nuln, the old capital of the Empire.

Warhammer: Chaosbane is currently in development and will be available on console and PC.