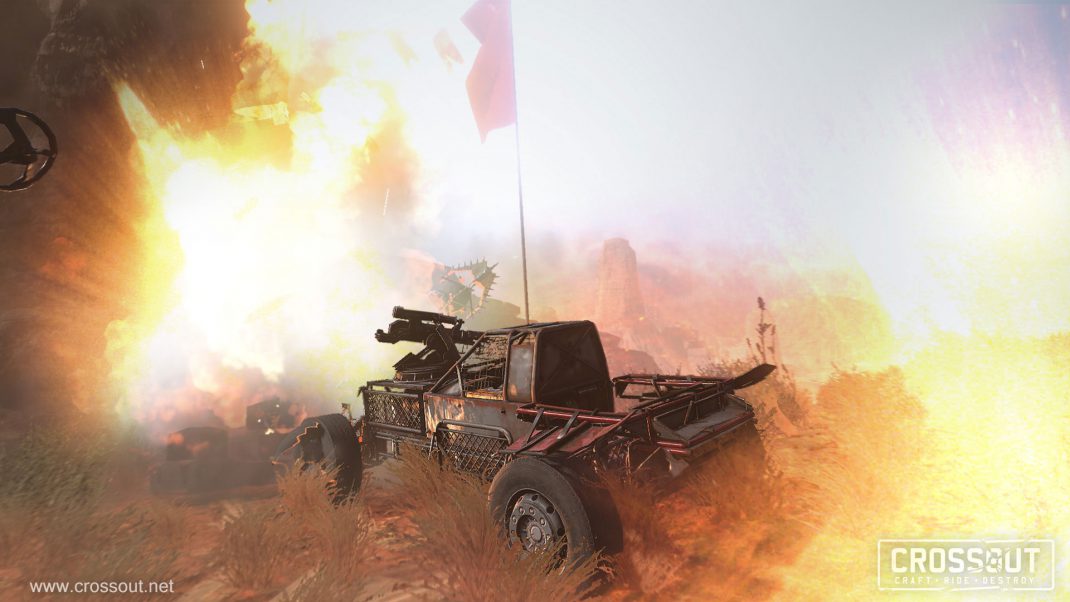 Thursday, May 31, 2018 — Today, the post-apocalyptic online action game Crossout from Gaijin Entertainment and Targem Games celebrates its one-year anniversary in Open Beta.  From May 31 to June 7, all players who log into Crossout will receive a mountable fireworks launcher and any player who wins multiple battles can earn exclusives such as decorative parts and decals.

Since the Crossout’s May 30, 2017 launch, we added three new factions, released hundreds of new parts, dozens of weapons, eight new locations, and 12 new gameplay modes including “Battle Royale”. The heart of Crossout is all about intense battles and customization, creating the perfect death dealing machine from parts earned on the battlefield, handcrafted from resources, or purchased on the Crossout marketplace. Tens of millions of vehicle variants have been constructed since launch, from crazy-small trikes to massive lumbering tanks and hovering Sci-Fi gunships. Based on all of the community crafted vehicles that have competed in hundreds of millions of combat missions, we have crafted a new vehicle using only the most popular parts. We call it the ‘Blendorama’. 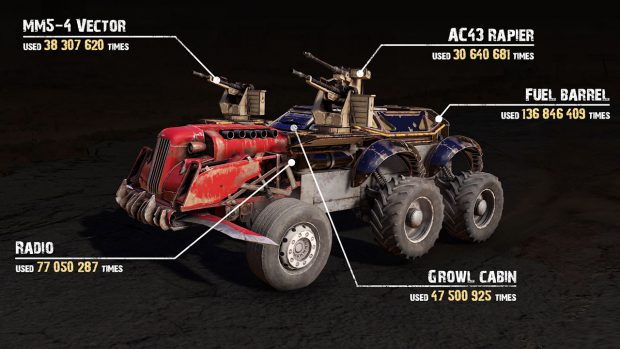 The Blendorama possesses two of the most popular in-game weapons, the ‘MM5-4 Vector’ machine gun and the ‘AC43 Rapier’ automatic cannon. On the battlefield, players have preferred vehicles that possess a combination of speed and maneuverability, and so lightweight cabins that offer plenty of energy for weapons without slowing down their vehicle are very popular. The most popular lightweight cabin has been the ‘Growl’ cabin, used together with wheels as the favorite choice for propulsion.

Two more parts that players can’t seem to battle without are a radio to increase detection range of enemies and a fuel barrel attached to their vehicle. The fuel barrel is interesting, as it allows players to collect fuel from destroyed enemies after battle, but it comes with a super high risk of explosion if hit. The most picked faction are, quite fittingly, the murderous Lunatics, followed by the hard-hitting Scavengers and enigmatic Nomads.

Year Two in Crossout promises the addition of new game modes, new story missions, and even more parts and weapons to use to craft your vehicle.