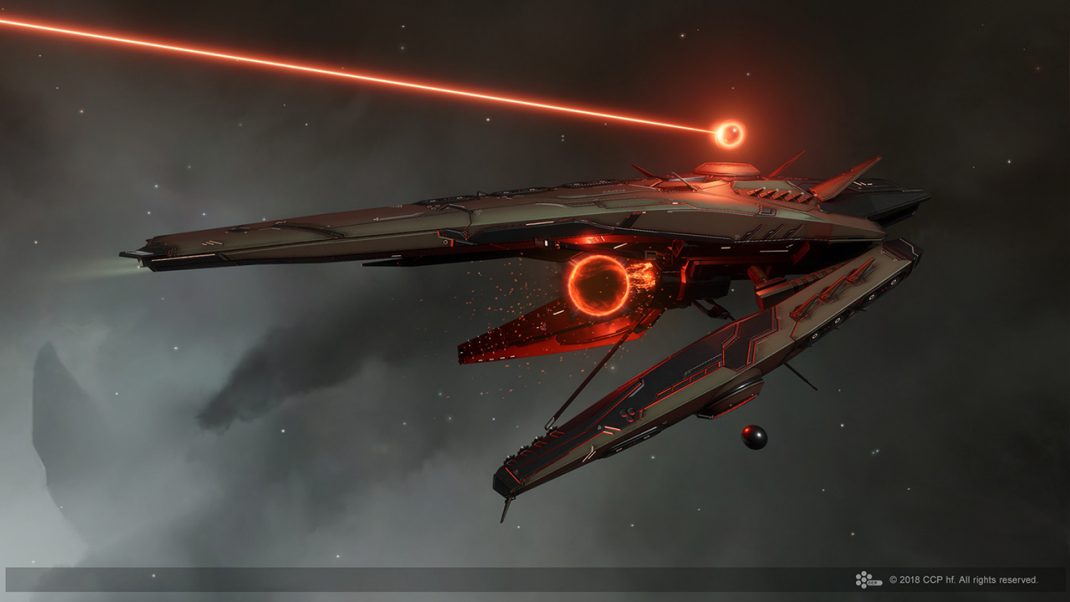 29 May 2018 – Reykjavik, Iceland – Today, CCP Games released ‘Into the Abyss’, the newest expansion to EVE Online, the deep and uniquely player-driven spaceship MMO game. Delivered as a free update, EVE Online: Into the Abyss invites players of all experience levels to explore Abyssal Deadspace – dangerous uncharted territory inhabited by hostile new faction the Triglavian Collective – and return with new weapons and technology impacting the full sandbox of New Eden. In addition, ‘Into the Abyss’ introduces substantial quality of life improvements accessible to all players.

CCP has marked the new expansion’s launch with this feature tour.

“Abyssal Deadspace is our next evolution to PvE in EVE Online,” said Bergur Finnbogason, Development Manager at CCP Games. “We wanted to change the dynamics of what players are used to while also maintaining the core elements of EVE’s gameplay.”

“The concept behind ‘Into the Abyss’ is to allow us to test new and brave ideas while providing an immediately engaging and fun experience to our players,” said Hilmar Veigar Pétursson, CCP’s Chief Executive Officer. “Having such a dangerous new playground will allow us to take not steps but leaps in bold new directions of EVE Online’s further development.”

‘Into the Abyss’ adds exciting solo survival gameplay in the form of Abyssal Deadspace, a brand new hazardous environment filled with unpredictable environmental effects and the most intelligent enemies seen yet in New Eden. Players can enter this unstable part of space from almost anywhere in New Eden by activating an Abyssal Filament, are found in exploration sites and can be traded on the market between players. On entry, players will need to travel and fight their way through pockets of Abyssal Deadspace tenuously linked together in chains by Abyssal Conduits that are constantly opening and closing, with each pocket taking players around 20 minutes to complete. These highly variable environments are fraught with new and visually striking obstacles for players to navigate such as caustic clouds and megastructures. Players will need to adapt their tactics on the fly to survive, requiring fast thinking and improvisation.

Inhabiting Abyssal Deadspace are the Triglavian Collective, a radically advanced civilization who possess biotechnology that can be harvested by players and unleashed on existing modules. These Mutaplasmids will alter the properties of modules in unpredictable ways, sometimes increasing their performance, and other times rendering them less capable than before. Players will need to be careful when taking the risk on potential experimentation, but the rewards for being bold could vastly increase the value of their hardware.

Triglavian ships feature an entirely new weapon system with wildly different characteristics to anything seen in EVE Online before, known as Entropic Disintegrators. In the hands of a skilled pilot these powerful weapons can prove devastating, and players on a subscription will be able to utilise blueprints found within Abyssal Deadspace to build and fly three new Triglavian ships.

With ‘Into the Abyss’, players will also see some significant UI and UX improvements to Planetary Interaction. These changes will make planetary installations easier to maintain and give guidance on how to use various elements of planetary interaction, guiding players through setup with more detail than ever before. Further new features include UI scaling to support 4K monitors.

With the discovery of unexplored space that all players can reach, this is the most exciting time to join EVE Online. More details about EVE Online: Into the Abyss can be found via updates.eveonline.com. EVE Online can be downloaded for free by visiting www.eveonline.com.