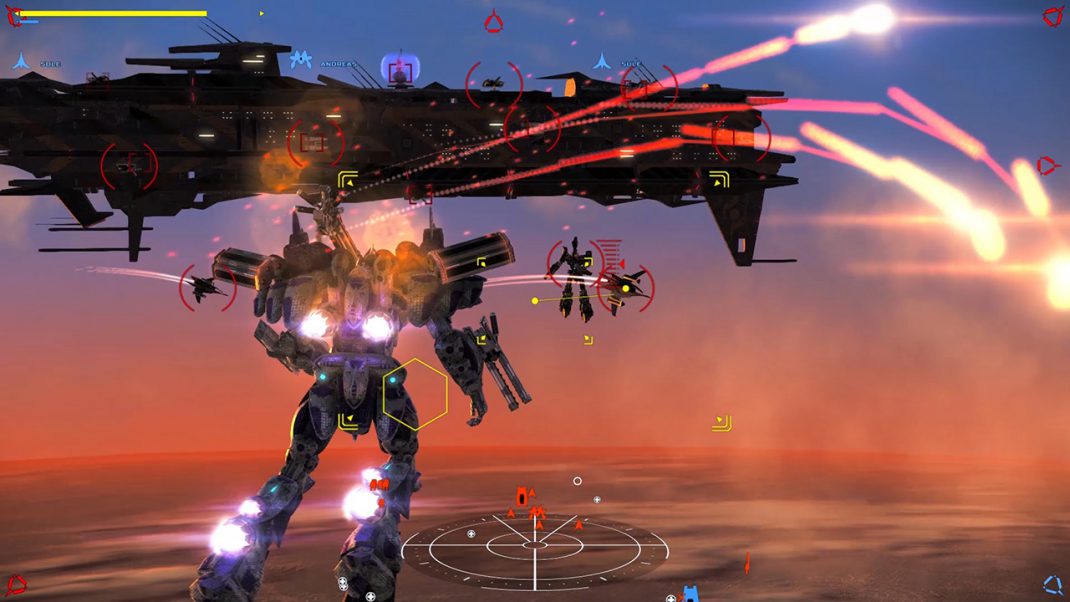 London, UK, 7 May 2018 – War Tech Fighters, the frantic mech action game from Drakkar Dev and Green Man Gaming Publishing, is launching the Supernova Update today, the last major update before it leaves Steam’s Early Access and moves to a full release. The update is filled with new content to further enhance the action-packed love letter to Western Blockbusters and Japanese Mecha Anime.

With the launch of the Supernova Update today, Drakkar Dev have delivered the penultimate step in their Early Access development. The final elements of the game will then be added and the game will be made ready for a full release, launch in Summer 2018.

“This is one of the biggest updates the game has received so far. Based on feedback from the community, we have added 5 new story missions, 4 new challenges, new Survival Arena and new weapons, components, performance enhancements and fixes,” commented Manlio Greco, CEO of Drakkar Dev. “Once launched, we will turn our attention to completing the final elements of the game and ending our 12 month mission. To say we are excited is an understatement.”

Travelling across the galaxy, the rebel colonies of Hebos and Ares join forces to battle against the Zatros empire with the deadliest weapons ever built – War Techs. Taking space combat to a whole new level, War Techs are giant mechs that combine cold precision and state of the art technology to the battlefields of space.

War Tech Fighters is a space action game that combines the spectacular action of Japanese Anime with Hollywood Blockbusters. Configure, upgrade and customize your War Tech and dive into battle to fight back the Zatronian forces and save your galaxy.