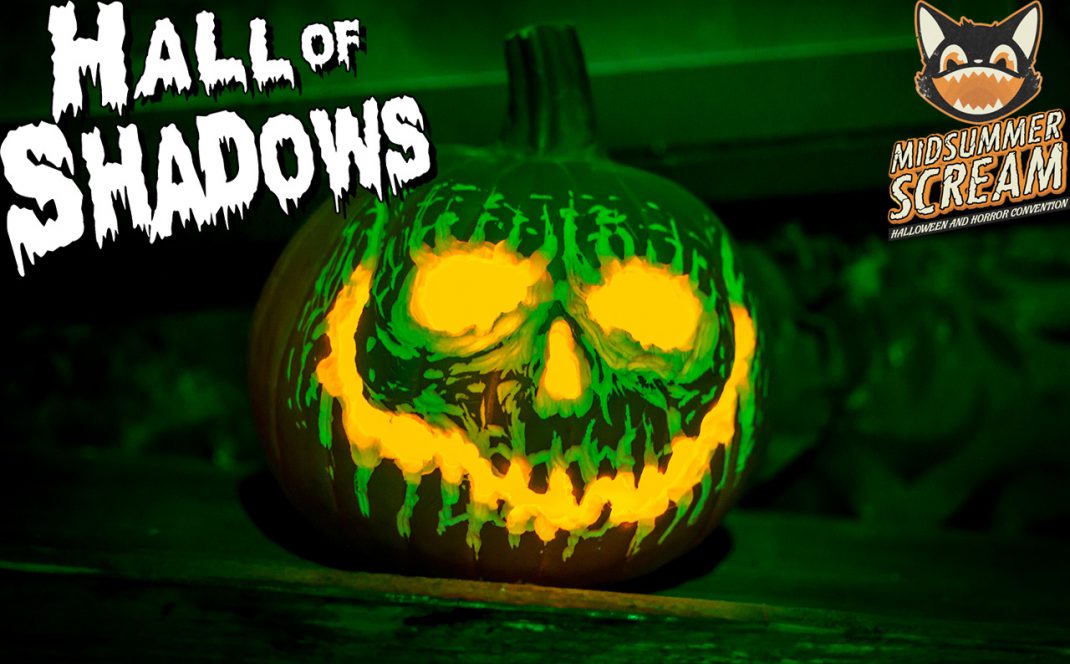 LONG BEACH, CA – Midsummer Scream, the world’s largest Halloween and horror convention, is thrilled to announce a larger Hall of Shadows dark zone than fans have ever experienced before. Throughout the July 29 – 29 weekend, guests will have the opportunity to explore the enormous Hall of Shadows dark zone, which will include more than 15 haunted attractions and displays, a scare zone bursting with monsters from Six Flags Magic Mountain’s Fright Fest, a live performance stage, and more than 30 specialty vendors.

Celebrating the 200th anniversary of Mary Shelley’s “Frankenstein”, CalHauntS is returning once again to create an elaborate entry facade for Hall of Shadows; this year, guests will venture into the crumbling ruins of Castle Frankenstein, featuring a pair of 14-foot-high turrets, a sinister laboratory, and classic monsters lurking in the shadows, ready to frighten guests brave enough to enter their domain.

Once inside the Hall of Shadows, fans will find more than 30 exhibitors, showing off their companies and wares in the dark – Light Up Masks, Haunted Orange County, The Cromwell Estate, and Stroke of Midnight Studios, to name just a few.

A performance stage has been added to Hall, which will feature variety acts throughout the weekend, from Twirly the Clown, and Mudd the Magnificent, to a titillating Horror Fashion Show by Ama Lea’s Poltergeists and Paramours.

For the first time at Midsummer Scream, the Hall of Shadows will feature a scare zone from a major theme park. Leaving the vendor and performance stage area, guests will venture through the fog and navigate 50 feet of the most frightening monsters Six Flags Magic Mountain’s Fright Fest can conjure under the direction and expertise of makeup master Scott Ramp and his team of talented artists.

Beyond the Fright Fest scare zone, Midsummer Scream visitors will find more than 15 haunted attractions and displays waiting in the 76,000 square feet of darkness. Several popular haunts will be returning to the Hall of Shadows, including Mable’s 6 Feet Under, Dead Zone 805, and Hyde Street Massacre. The Hall will feature many new experiences and participants as well, including the home haunt by Murder House Productions from Thousand Oaks that took the community by storm last Halloween – a highly-detailed fan tribute to the cult classic film Trick ‘r Treat.

Gantom Lighting & Controls has partnered with Midsummer Scream, offering lighting assistance for many of the on-site haunts, as has Fog It Up!, which is supplying complimentary fog juice to each of the attractions in the Hall of Shadows; both companies will help in giving fans a theme park-quality experience they won’t soon forget.

“Hall of Shadows has become a cornerstone of Midsummer Scream,” says Rick West, the convention’s Creative Director. “The lineup of not just amazing haunted attractions, but live entertainment and dedicated artisans we have for our expanded Hall this year is truly exciting. Returning guests will be wowed by how much bigger the Hall has become as we continue to create Halloween Night in Southern California inside the Long Beach Convention Center in the middle of summer. This is our love letter to haunt fans and the community!”

Among the creatures that will be lurking in the darkness within the Hall of Shadows are members of the Decayed Brigade, which returns for its third year at Midsummer Scream to delight audiences three times daily with “sliding” shows that demonstrate their incredible agility as scareactors at several of the Southland’s major Halloween events each fall.

Guests holding Gold Bat Weekend Passes get early access to the Hall of Shadows each morning at 10am, an hour before the venue opens to the general public. Gold Bat Passholders will also enjoy priority access to each walk-through attraction in the Hall, bypassing the standby queues.

More detailed information regarding Hall of Shadows can be found here, on the official Midsummer Scream website at MidsummerScream.org.

Midsummer Scream is expected to draw more than 20,000 fans to Southern California during its July 28 – 29 run at the Long Beach Convention Center. The show will feature more than 250 artisan vendors on a massive show floor, the beloved Black Cat Lounge adoption and cuddle area, live entertainment throughout the venue, world-class panels and presentations, educational seminars and classes, a large-scale Saturday night costume party, a bigger Hall of Shadows haunted attractions experience zone than ever before, and thousands of spooky cosplayers in elaborate costumes!