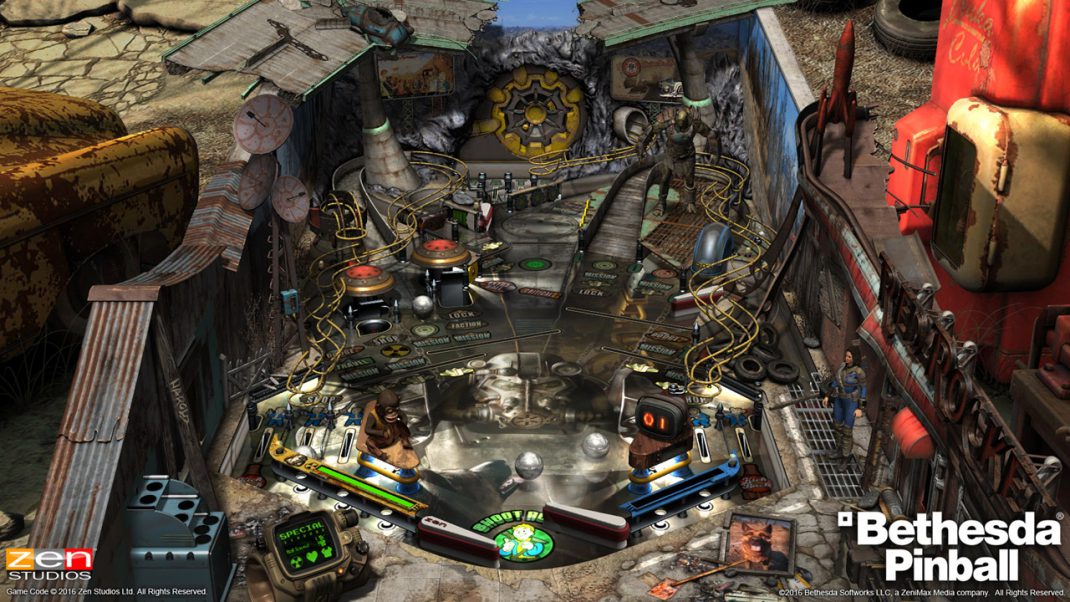 Explore the secrets of “Fallout® Pinball’s world decimated by nuclear war, as you join factions, raid vaults and collect Vault Boy bobbleheads on the table. Similarly, you’ll craft weapons, wield magic, equip armor and more as you fulfill your destiny as Dragonborn in “The Elder Scrolls V: Skyrim® Pinball.” Finally “DOOM® Pinball” takes you to Mars, where you’ll battle hordes of demons.

Bethesda Pinball earned rave reviews upon its release to other platforms. “Each table felt 100% like a pinball representation of its triple-A counterpart; and not only was the table enjoyable to play, but it sparked great memories of the original games,” said XBLA Fans. Meanwhile,Ragequit.gr raved, “An ingenious adaptation of some of gaming’s most beloved franchises for the arcade pinball format. … An absolute must for pinball enthusiasts and Bethesda fans alike.”

On a similar note, Pinball FX3 on Switch has wowed fans and critics alike since its December 2017 release, with exclusive features such as HD Rumble support and the console’s unique capability of perfectly balanced vertical-orientation gameplay. “Pinball FX3 is an incredible platform for pinball tables,” said Nintendo World Report’s 9/10 review, while Gaming Age’s A review declared, “Switch owners can now play some of the best pinball experiences available.”

© 2018 Nintendo. Nintendo Switch is a trademark of Nintendo.

Zen Studios is a leading global producer and publisher of interactive entertainment software for all major digital game platforms. Recognized as one of the premier independent gaming studios in the world. Zen Studios has worked with some of the most iconic entertainment studios, including NBC Universal, FOX Digital Entertainment, Marvel Entertainment, South Park Studios and Lucasfilm, as well as revered gaming properties like Valve’s Portal and Telltale Games’ The Walking Dead. Zen Studios’ CastleStorm franchise has also won the developer critical acclaim and commercial success, including the coveted Editor’s Choice awards from both the Apple App Store and Google Play, and its Pinball FXfranchise has defined video game pinball excellence since 2007.