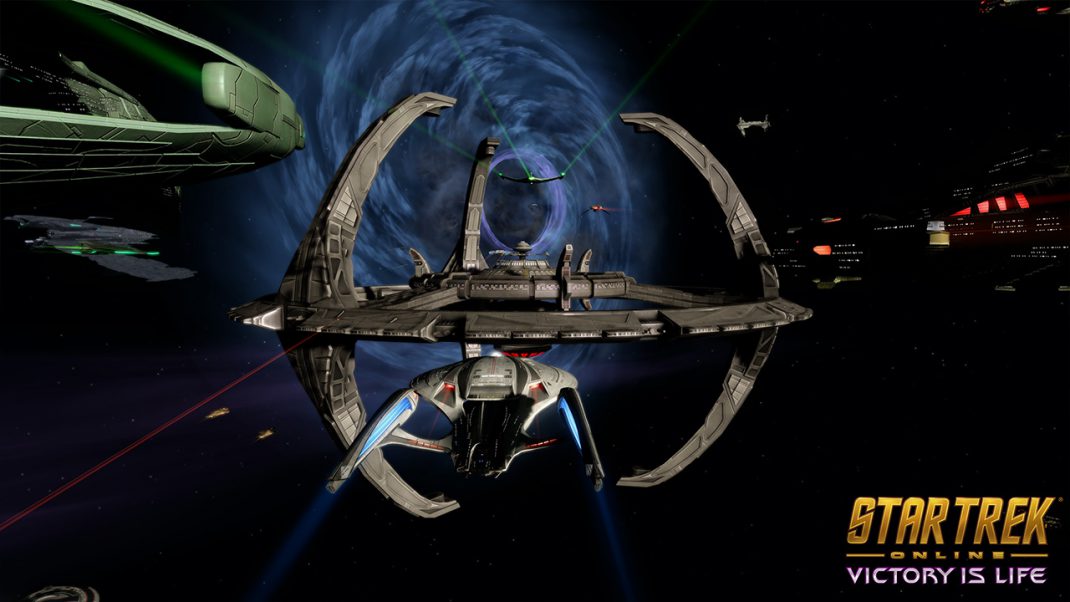 “We couldn’t think of a better way of celebrating Deep Space Nine, than resurrecting the characters so many fans adored and reuniting this special cast in Star Trek Online,” said Stephen Ricossa, executive producer for Star Trek Online. “Our new expansion pays tribute to the television series that boldly explored important social issues and left a lasting impact on an entire generation of Star Trek fans.”

Victory is Life takes Star Trek Online Captains on a maiden journey to the Gamma Quadrant, where they will discover what is left of Deep Space Nine. The legendary space station was severely damaged by the Hur’q, a new enemy who recently made their presence known to the Alliance in the game’s last featured episode, “Scylla and Charibdis.” Players must now team up with Deep Space Nine’s devoted crew members to find a way to protect the galaxy from another devastating attack.

For the first time ever, players will be able to experience Star Trek Onlinethrough the eyes of the Jem’Hadar, genetically engineered soldiers of the Dominion. This brand-new playable faction will start at level 60 with a variety of completed Reputations, Specialization Trees, Duty Officer tracks, and R&D progress. Victory is Life also introduces an increased level cap of 65, a new queue, added progression system and all-new Sector Battlezone, a new gameplay feature that takes players into a war between the stars to save the Gamma Quadrant. Additional features included with Victory is Lifewill be revealed at launch.