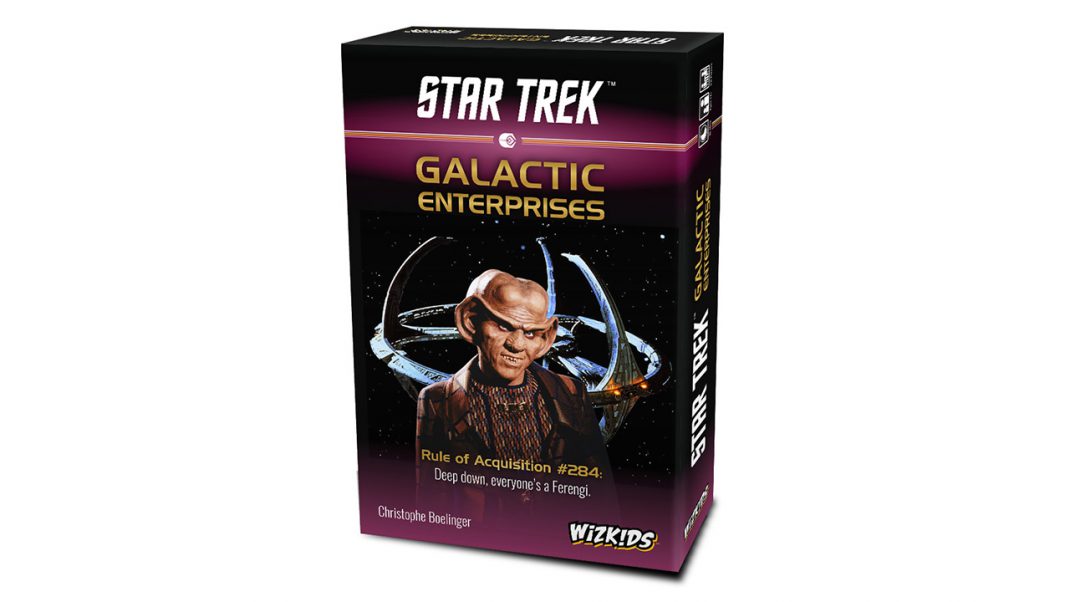 Hillside, NJ – March 7, 2018 – WizKids today announced a new creation from the mind of veteran game designer Christophe Boelinger, Star Trek: Galactic Enterprises. On the Deep Space 9 station, Ferengi wheel and deal legal and illegal items to gain the most profit. In this game, players jump into the role of a Ferengi merchant and work their way through the market in order to achieve the rank of First Clerk.

In Star Trek: Galactic Enterprises, 3 to 8 players will buy and sell their wares, trying to monopolize one particular product in order to gain greater profit. However, once other Ferengi get those same items for sale, it becomes a matter of who’s the better negotiator. Do you work together to gain the same profit, or do you agree to cooperate, then sell at a lower price to steal all the profit for yourself? Be wary of special action cards that can mess with your business and remember the Ferengi Rules of Acquisition in order to gain the most return for your investments.

Star Trek: Galactic Enterprises is scheduled to release in June 2018, but it will be on display with a playable demo at the GAMA Trade Show in Reno, Nevada! Stop by WizKids Booth #315 March 13th or 14th during showroom hours to try out this upcoming game and see if you have what it takes to turn a profit like a Ferengi.