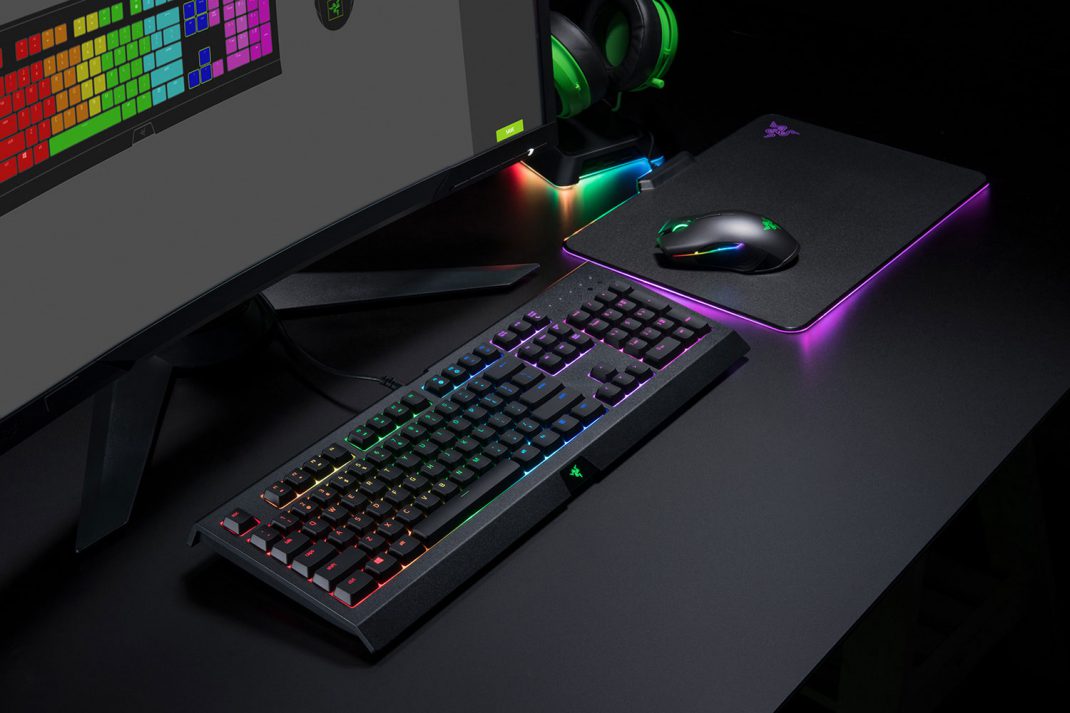 The Razer Cynosa Chroma is the company’s new entry-level gaming keyboard offering. Retailing at a reasonable $59.99, the Cynosa Chroma features the dark, stylish looks of its more-expensive brethren at a fraction of the cost. Taking its looks from most other Razer keyboards, its dark frame and build are mostly plastic to keep costs down. A feature I haven’t seen on other keyboards is the Cynosa Chroma’s dual keyboard feet. While most keyboards have flip up feet that adjust the height of the keyboard, the Cynosa Chroma actually has two on each side – one recessed into the other. This allows for an additional height setting for increased user comfort. More interesting is that its keys are of the membrane variety – not mechanical like more expensive gaming keyboards. This is a big leap as when most gamers thing of membrane keyboards, it is usually in a negative sense. But, this is Razer, they did some great membrane keyboards back in the day – surely the Cynosa Chroma will be up to the task. 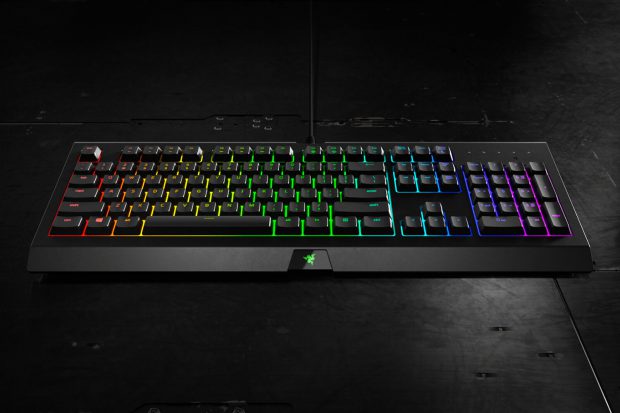 I was curious how I would work on a membrane keyboard after so many years of using a mechanical one. After all, when I was little, all we had were membrane keyboards! Well, I am happy to report that the Cynosa Chroma functions great. Sure, the keys are of the squishy kind but it works fine for gaming. I put the Razer Cynosa Chroma through my usual stable of review games for this write up (Fallout 4, Star Wars: Battlefront II, and World of Tanks), while I did miss the “clicky” quality of mechanical keys, the quieter Cynosa Chroma performed wonderfully and it didn’t take me too long to get used to membrane keys again. It’s also somewhat spill resistance, so that’s a nice feature for you gamers out there slugging soda while typing away!

One of the biggest selling points of the Razer Cynosa Chroma is its, as the name touts, Chroma lighting system. This is the latest lighting system created by Razer and features not only LEDs inside EVERY key but, also, in the membrane panel behind the keys as well. This, coupled with the ability to display 16.8 million colors means you have a visually-stunning keyboard lighting system to enjoy. The Chroma lighting, as well as the keyboard itself, can be configured using Razer’s Synapse 3 software. You can setup various patterns and themes for the lighting, which can be sort of distra This central software suite is actually the control system for most of Razer’s peripherals these days (an aside – I wasn’t a huge fan of the Synapse idea back when it was first announced, but have grown to greatly appreciate the system since then and can’t imagine using their peripherals without it now). The Synapse 3 software will allow you to do things like setup lighting patterns, implement “game mode” which disables the Windows key, as well as program the keyboard keys if you are looking for deeper customization. 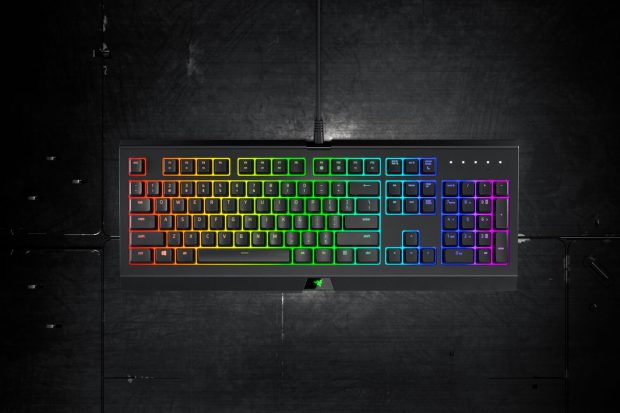 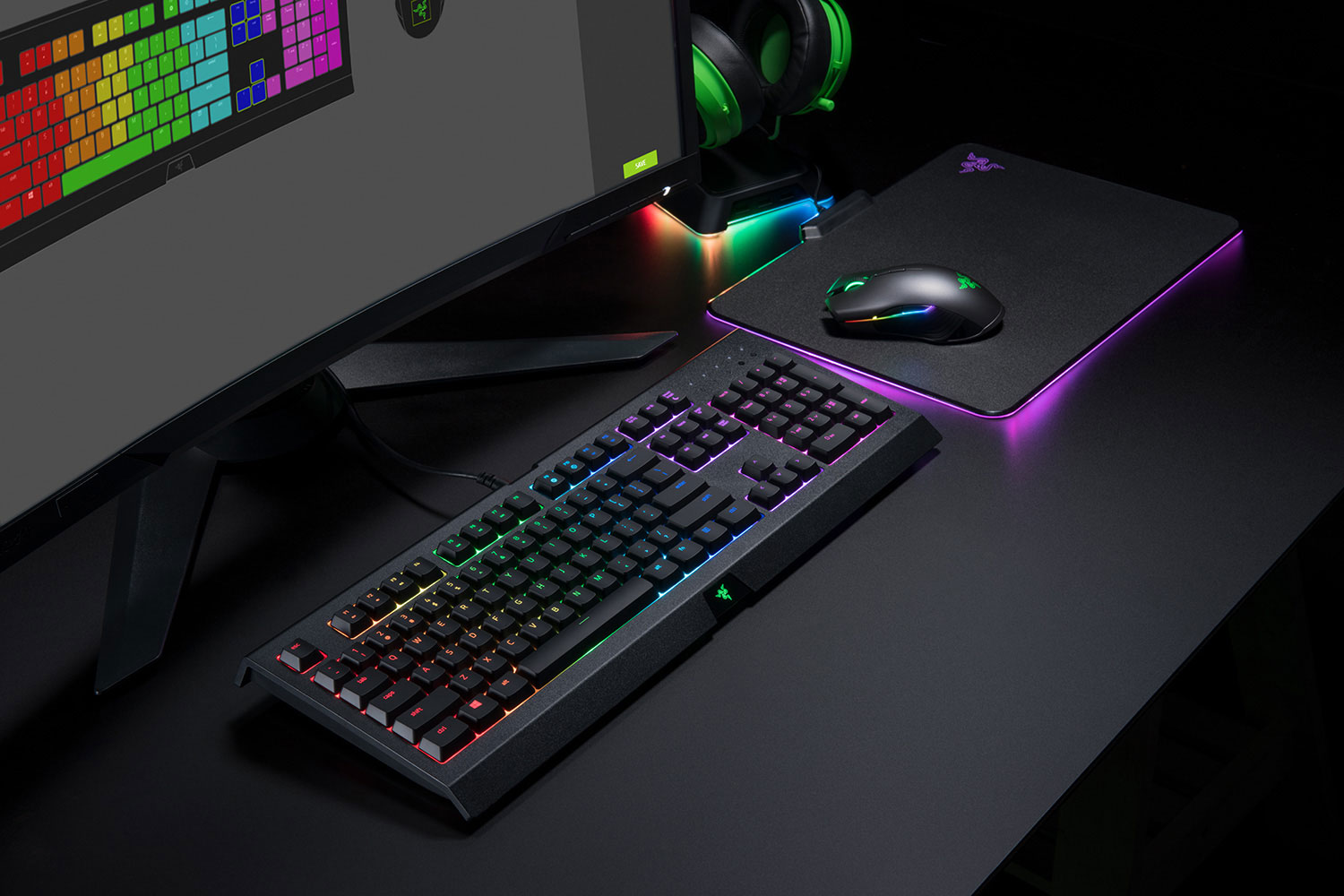