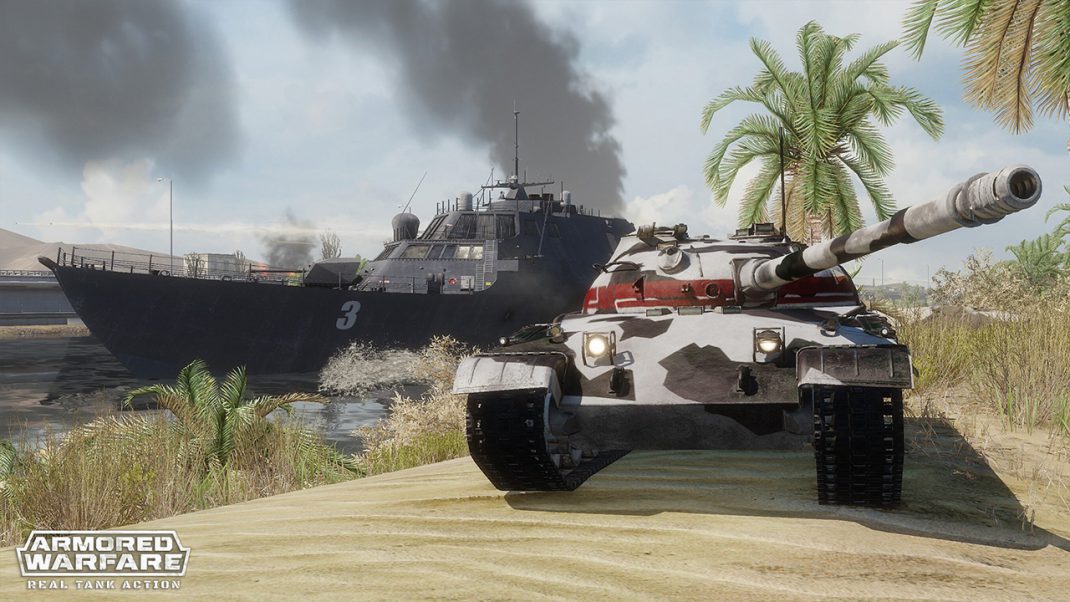 Tuesday, February 20, 2018 — The intoxicating sights and sounds of modern tank combat takes to PlayStation 4’s digital battlefield today as My.com, developer and global publisher of Armored Warfare announces that its acclaimed tank-action shooter in now available free of charge (no PS+ subscription required) for all PlayStation 4 owners to download and enjoy.

In Armored Warfare, players take control of the most innovative and cutting-edge technology in modern warfare. Players collect and own deadly ground machinery from a vast number available within the game, including iconic tanks such as the German built Leopard, the heavy Russian T-72 AV and the notorious and battle-proven American M1Abrams. Players team up with friends to engage in demanding co-op missions or take the fight directly to their opponents by navigating across large interactive maps. Through the revolutionary Global Operations mode, players may also take part in a challenging mix of competitive and cooperative gameplay.

Although a subscription is not required to play, PlayStation Plus owners can download a special free bundle from the PlayStation Store to help get them started. The bundle includes a unique LAV-150 90 vehicles with a PlayStation skin, one day of Premium Time, 500K game credit and 500 gold. Additionally, they are granted a three-day rental of a range of exclusive vehicles and benefit from a 20% discount on all Starter Packs!

The modern battlefields of Armored Warfare are open “4 the Players” ® starting today, as  they can now join the ranks of mercenaries all across the world, fight alongside their friends and defeat their enemies in this free-to-play modern tank shooter!

Even though Armored Warfare is completely free-to-play, those who want can boost their game experience with one of four Starter Packs ranging from items and special vehicles useful for every beginning mercenary through heavy-duty equipment, and monstrous tanks to defeat even the toughest opponents.