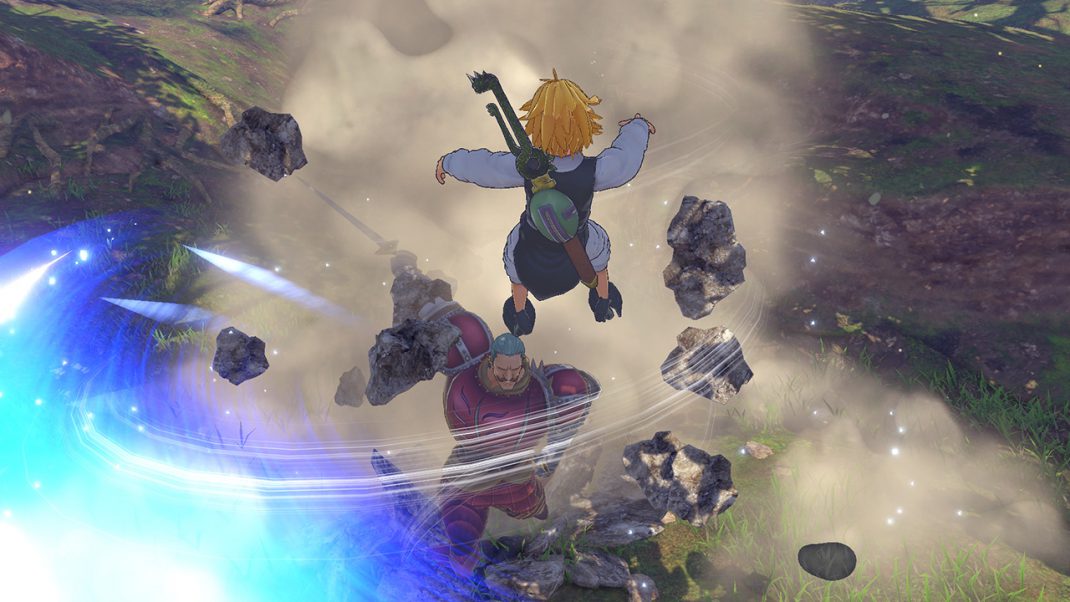 “The Seven Deadly Sins: Knights of Britannia delivers a heart-pounding 3rd person action experience giving fans the opportunity to choose from over twenty playable characters to explore the exciting world of Britannia for the very first time,” said Randy Le, Associate Brand Manager at BANDAI NAMCO Entertainment America Inc. “The Seven Deadly Sins anime series has attracted a dedicated fan-base since it started streaming exclusively on Netflix last year.  We’d like to invite the fans of the anime to experience this beloved anime by interacting with their favorite characters, living out pivotal storylines, and throw down with blisteringly fast battles.”

The Seven Deadly Sins: Knights of Britannia is rated T for TEEN by the ESRB and is available for purchase today at video game retailers in the Americas for the PlayStation®4 computer entertainment system at a MSRP of $59.99. The game is also available through digital download via the PlayStation Network. To learn more about BANDAI NAMCO Entertainment America Inc.’s other products go to: http://www.bandainamcoent.com/home.html or follow us on Facebook at https://www.facebook.com/BandaiNamcoUS or join the conversation at https://twitter.com/BandaiNamcoUS.