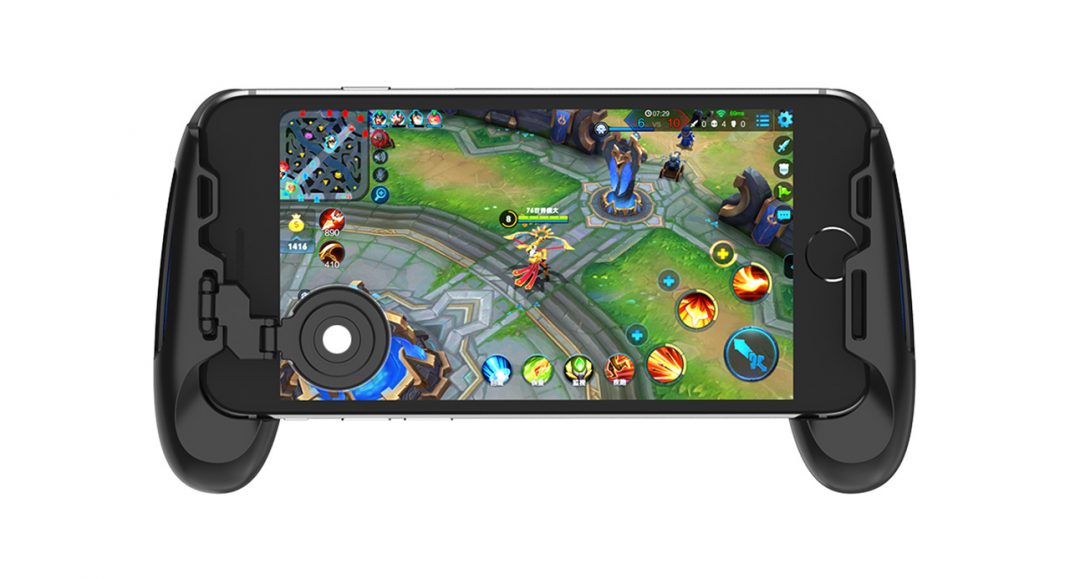 I have a very large smartphone, which makes using it for games sometimes difficult. On-screen “virtual” buttons and analog sticks are hard to distinguish with no haptic or physical feedback and it is easy to get so focused on the action they get lost entirely. Wouldn’t it be nice to have the benefits of a game controller on your smartphone? The GameSir F1 Joystick Grip may just be the answer to your geeky prayers. Read on!

The GameSir F1 Joystick Grip is a pretty straight forward concept – take a game controller and hollow it out to allow a smartphone to embed itself inside. With my particular phone, I had a big protective case on the phone. This needed to removed first as it simply wouldn’t fit correctly. That’s okay, as the GameSir F1 holds the phone well and offers some protection for it. To embed your phone into the GameSir F1, you put the left side of the phone in the left holder then pull the right end of the F1 far enough to slip the phone into the right side. Once in the GameSir F1, you fold the joystick arm over and on top of wherever your game’s virtual joystick is located. There are light rubber pads where the phone slips in to help prevent the phone from slipping out and a soft padding lines the back of the GameSir F1 so that the phone doesn’t get scratched and helps it stay snug. This is a brilliant design point as not ever game has its virtual controls in the same spot. 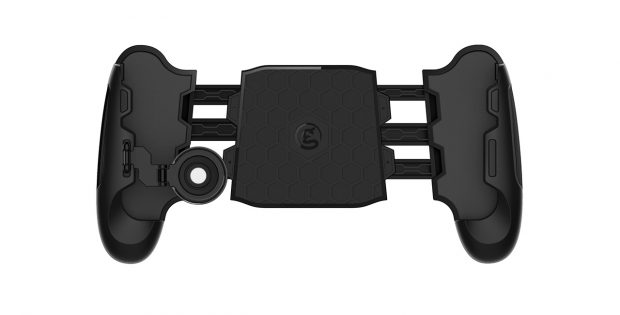 After installation, you just hold the phone and GameSir F1 like you would a standard game controller. The physical joystick control is so much more accurate than its on-screen counterpart, and it’s hard to go back to playing those games without the GameSir F1 Joystick Grip. When I am ready to take a break from gaming and just watch some streaming video I can move the joystick arm off to the side and reach to the back of the controller. There I will find a kickstand that can be left flat nearly straight up by moving a kickstand into six possible locations! This means it is great to set on a table or desk to watch movies or you can just use the controller design to carry it around and watch it – whichever you prefer. The GameSir F1 Joystick Grip has a fairly low profile when the phone is removed, it wouldn’t be too comfortable in a pocket, but it would do a lot better in a purse, pouch, or messenger bag. The only thing I might change in a future GameSir F1 Joystick Grip design would be to add a joystick on the right side of the controller as well – just in case a game might warrant such usage. 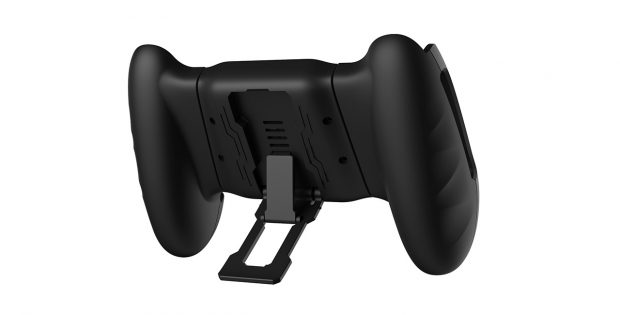 The GameSir F1 Joystick Grip is a handy little device, especially for large-handed fellas like me and games which rely heavily on direction control.  Being the lightweight low-tech entry in the GameSir line, you can pick it up easily for under $20 and with its versatility and that price tag you can’t go wrong.