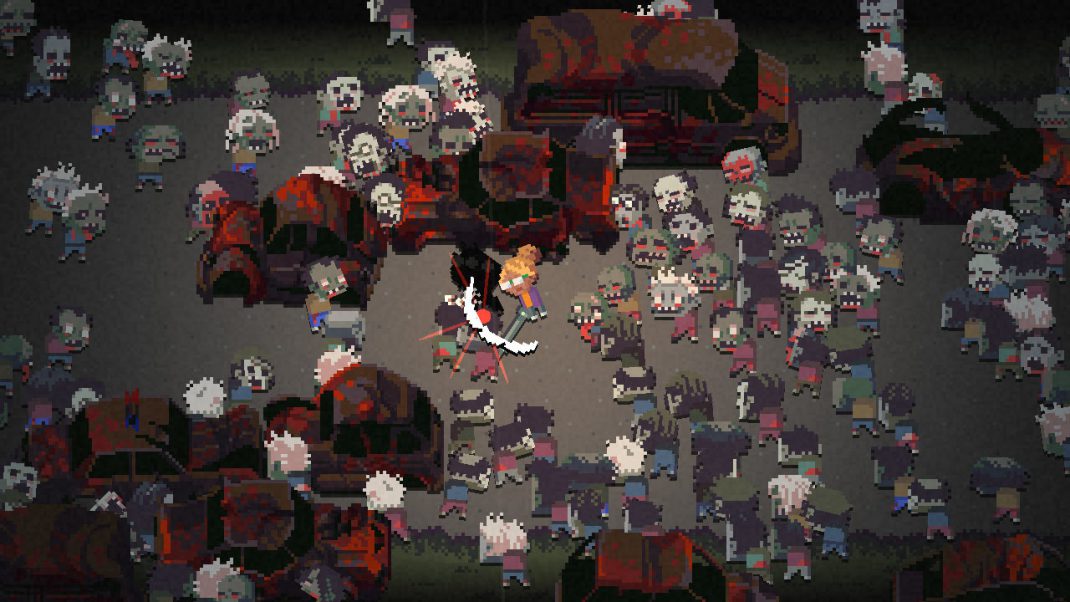 London, United Kingdom  – January 31st, 2018 –  UKIYO Publishing, the London-based independent video game publisher in partnership with Rocketcat Games and Madgarden, are proud to announce that their randomly generated, zombie-filled road-trip, Death Road To Canada, is making its way to Nintendo Switch, PlayStation 4 and Xbox One this Spring. The release includes all major updates from the original PC version. Players will now be able to take the highly esteemed cadaverous journey from Florida to Ontario, soaking up its immaculately gruesome pixel-art take on the undead apocalypse. Facing off against near insurmountable odds, Death Road To Canada tasks players with surviving its brutal, hyper-violent combat with over-the-top, looted weaponry. Scavenging the derelict environment, tough, sometimes hilarious decisions will have to be made along the way, either alone or in its two-player co-op mode.

“We believe Death Road To Canada is perfectly suited to be played in both the home and on the go,” said Kepa Auwae, Co-Founder of Rocketcat Games. “Single player is great of course, but the local co-op mode brings a slower, more tactical pace to the game. With the Nintendo Switch’s Joy Con controllers and the promise of couch play on PlayStation 4 and Xbox One, we’re proud to share the console experience of Death Road to Canada with players across the world.”

Tipped off that Canada might just be free from the threat of zombies, the long, winding Death Road is all that stands between the player and their goal. Players will explore iconic sites such as Y’all-Mart and the Muscle! Bomb!! Gym!!!, meeting and recruiting a host of strange and bizarre companions along the way. Unusually for randomly generated roguelikes, Death Road To Canada features a heavy emphasis on narrative, its Interactive Fiction events making or breaking friendships, all the while adding character-driven drama to the blood and guts chaos of combat. A far cry from sunshine state at the end Route 66, Death Road To Canada is a desperate scramble to the promised land of Ontario.