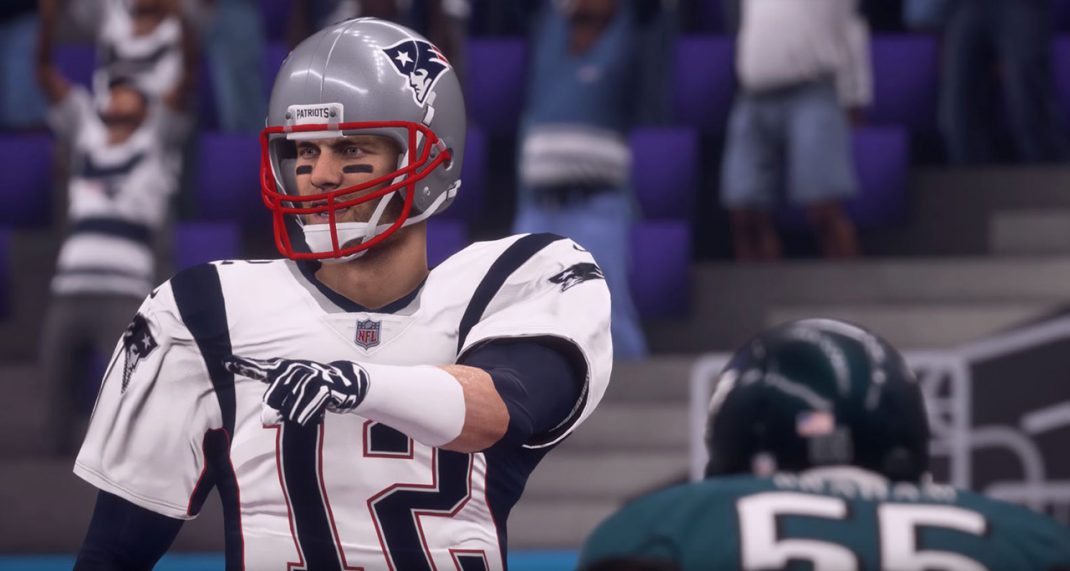 In the first quarter of the simulation the Eagles came out with fire in their bellies, scoring the game’s opening touchdown on a gritty run from Jay Ajayi. The Patriots looked to answer, with Brady connecting early with favorite target Danny Amendola early in the drive to get the momentum flowing. The Eagles defense was mostly up for the challenge though, only conceding a field goal in the first quarter. Philly had another shot at a touchdown later in the quarter but only managed a field goal, missing out on points that would be sorely missed later in the game.

Brady and company refused to remain silenced, scoring a pair of touchdowns in the 2nd quarter with passes to Rob Gronkowski and Brandin Cooks. The Eagles offense sputtered in the quarter but managed to add a field goal to keep things close at the half.

The Patriots are known as the team of halftime adjustments, but on this day it was the Eagles who shook things up. Dialing up the pressure with blitzes, they managed to record two sacks, as well as forcing Brady into a rare bad throw resulting in an interception. Linebacker Chris Long broke through for one of the sacks, reminding his former team what it’s like to let a good thing go. Foles turned the Brady turnover into a touchdown to Alshon Jeffery, and suddenly the longshot Eagles were leading heading into the final frame.

This being the 4th quarter of the NFL’s biggest game, of course it’s Tom Brady’s time to shine. The soon-to-be MVP threw yet another touchdown pass to Danny Amendola, to put the Patriots back on top. After forcing an Eagles punt, the Pats were on their way to a grind-out-the-clock win when the fates intervened, and Eagles safety Malcom Jennings forced a strip fumble of New England running back Dion Lewis.

Capitalizing on the momentum the Eagles marched upfield, using masterful clock management to put themselves in position to dethrone the Patriots in dramatic fashion. As time expired Foles lofted a desperate pass to Jeffery, hoping the veteran could use his size and physicality to come down with the ball and send the city of Philadelphia into euphoria. However, Patriots defensive back Stefon Gilmore had other plans, and rose as the hero of the moment, knocking the ball away and sealing the Patriots sixth championship.

In addition to taking home another championship ring, Tom Brady also earned an unprecedented fifth MVP award on the strength of 342 passing yards, three touchdowns and one interception. His Philadelphia counterpart, Nick Foles, threw for 241 yards and one touchdown. Patriots tight end Rob Gronkowski led all receivers with 107 yards on four receptions, with a touchdown. The only thing not working for the Patriots was the running game, with leading rusher Dion Lewis being held to 41 yards and a fumble.

Madden NFL 18 is developed in Orlando, Florida by EA Tiburon and is available now for Xbox One and PlayStation®4.To learn more about Madden NFL 18, visit http://www.easports.com/madden-nfl

EA Access members receive a 10 percent discount when they purchase a digital version of the Madden NFL 18 on Xbox Live.*