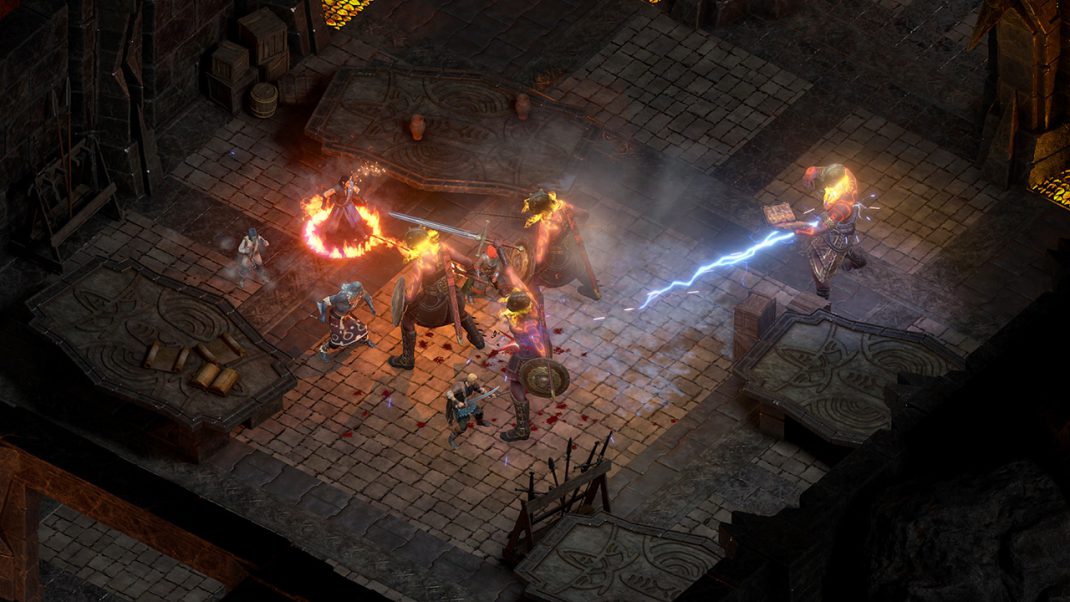 Irvine, California – January 25th, 2018 –  Independent developer Obsidian Entertainment, in partnership with indie powerhouse publisher Versus Evil announced the launch of pre-orders today for Pillars of Eternity II: Deadfire. Consumers can now digitally pre-order the Standard, Deluxe, and Obsidian Editions through Steam, GOG.com, and Obsidian.net, as well as other digital retailers. The physical Obsidian Edition of the game, which includes additional in-game content and physical items for gamers to enjoy, is available for pre-order at all major gaming retail stores.

Pillars of Eternity II: Deadfire will launch this April 3, 2018 on Windows PC, Mac, and Linux platforms.

The Obsidian Edition is priced at $74.99 for the digital version, and includes everything that comes in the Deluxe Edition as well as the first three DLC expansions for Pillars of Eternity II, which each cost $9.99 to purchase separately, although these will not be available for separate purchase until the game’s official launch.

The physical version of the Obsidian Edition will cost $79.99, and will include the same content as its digital cousin, but also additional, physical rewards: a cloth map of the Deadfire region, an Explorer’s notepad and a set of postcards that render the Deadfire Archipelago in beautiful detail.

“Pillars of Eternity II: Deadfire is our first sequel here at Obsidian and we’ve created something incredible. At Obsidian, we are all about stories, worlds, and characters, and in Deadfire we’ve done it again with a vast open world explorable by the player’s own customizable ship, character customization with enough options to make any RPG player want to make a hundred characters, and an exciting narrative that truly delivers on the reactivity that makes our games special. We’re confident that new and returning players will find Deadfire to be the RPG experience of the year,” said Obsidian Entertainment CEO Feargus Urquhart.