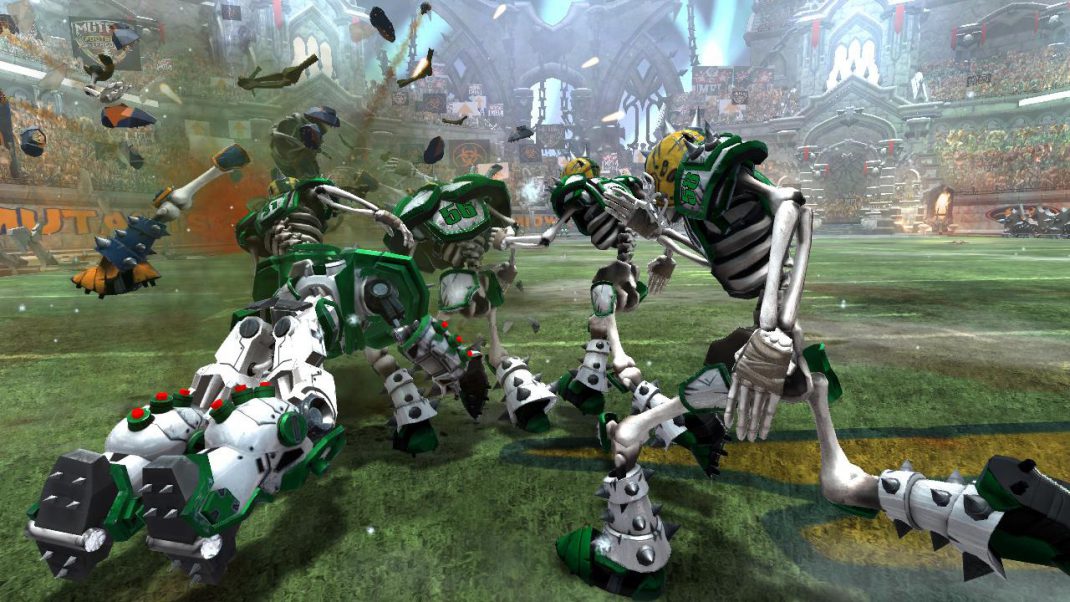 Mutant Football League features legendary voice-over actor Tim Kitzrow; best known for his work in one of the great classic sports games of all time, NBA Jam, with such memorable sound bites as “He’s on fire!” and “Boomshakalaka!” A few MFL refs were bribed to guarantee the commentary of Mutant Football League on PS4 and Xbox One remained as foul-mouthed as the original smash hit PC version. It’s like Conker’s Bad Fur Day for sports fans! However, don’t worry… there is an option to turn off the expletives in case small children or Republican senators are in the room.

Mutant Football League for Xbox One and PlayStation 4 launches on January 19th, 2018.