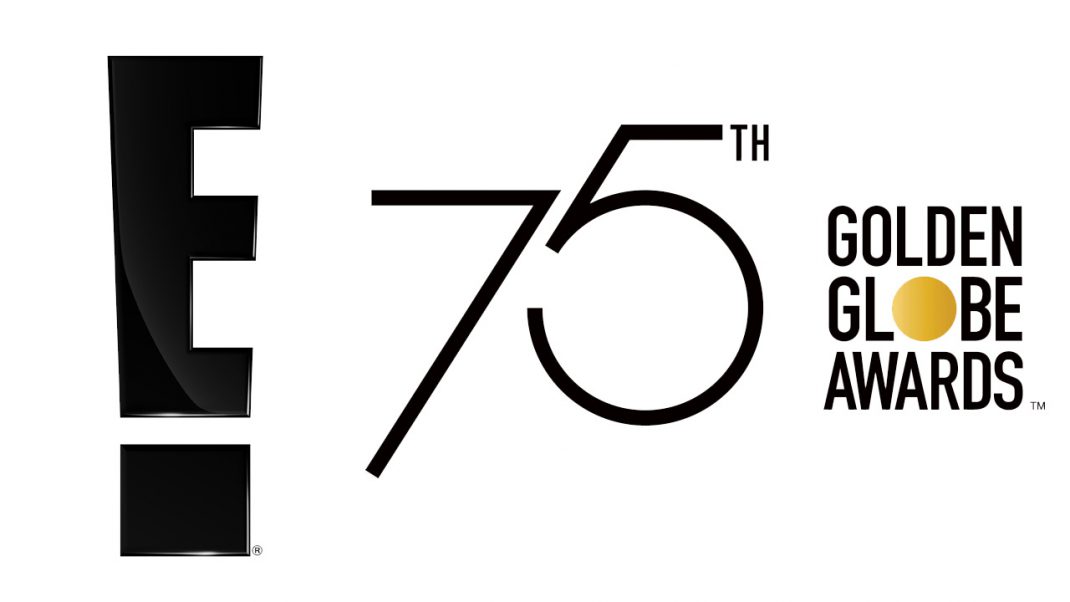 Los Angeles, CA – January 5, 2018 – E!’s signature series “Live From The Red Carpet” makes its 2018 debut at the 75th Annual Golden Globe Awards this Sunday, January 7th.  Many nominated actors and presenters are anticipated to wear black on the Red Carpet as a gesture of solidarity, to speak out against gender and racial inequality, and to raise awareness against systemic sexual harassment in the workplace. This year’s nominated movies and TV shows salute the talented women and men both in-front-of and behind-the-camera, and E! will be covering all of the biggest moments of the night and offering viewers an unparalleled multi-platform viewing experience. Kicking off at 4:00pm ET/1:00pm PT, E!’s Ryan Seacrest and Giuliana Rancic, along with a team of entertainment and pop culture experts including Kristin Cavallari, Brad Goreski and Nikki Glaser, will connect viewers across the globe with their favorite stars by delivering buzzworthy and authentic celebrity conversations, headline-making moments in real-time, and unforgettable Hollywood glamour and fashion on-air, online at eonline.com, and across mobile and social.

Plus, the fan favorite “E! Glambot” makes its return with its first female creative director, Aya Tanimura at the helm to capture one of a kind red carpet moments in a breathtaking and innovative way. Tanimura, whose recent credits include directing “Remember Me” music video from the blockbuster film Coco, will bring gorgeous cinematic-style portraits to life right on the red carpet, giving fans a truly unique front row experience.

The celebrations continue on Monday, January 8th with a special edition of “Daily Pop,” “Live From E!” and “E! News.”

“Countdown to the Red Carpet: The 2018 Golden Globe Awards”

As the stars get ready to step onto the carpet, hosts Kristin Cavallari, Brad Goreski and Erin Lim, will provide viewers the ultimate guide to the Globes with extensive entertainment insight and style scoop to prepare pop culture fans for one of the industry’s most highly anticipated nights on E!’s “Countdown to the Red Carpet: The 2018 Golden Globe Awards.” The countdown show will also feature a news desk hosted by E!’s Zuri Hall and Justin Sylvester, along with CEO and founder of #Girlgaze, Amanda de Cadenet and Pop & Suki and Happy Not Perfect App creator, Poppy Jamie during Countdown with additional comedic commentary by roving reporter Nikki Glaser.

“Live From The Red Carpet: The 2018 Golden Globe Awards”

Ryan Seacrest and Giuliana Rancic host E!’s “Live From The Red Carpet: The 2018 Golden Globe Awards” to bring fans the most spontaneous and genuine interviews with film and TV’s biggest stars and nominees, while Justin Sylvester and Kristin Dos Santos will be on hand in the E! Skybox ensuring fans do not miss a minute of the A-list arrivals, the glamorous fashion, and the exciting red carpet moments.  Plus, the network’s popular red carpet innovation, the “E! Glambot,” sponsored by VW, will return to truly immerse fans into all of the action, as it happens.  Aya Tanimura, who recently conceptualized and show ran “Witness World Wide” with Katy Perry, which was named one of TIME magazine’s top 10 TV shows of 2017, will take the lead as E!’s Glambot Creative Director, bringing to life these must-see moments and giving fans a unique and breathtaking look at the Golden Globes red carpet.

As soon as the ceremony wraps, Jason Kennedy goes one-on-one with the biggest winners of the night, while E! News’ Zuri Hall reports live from the exclusive HBO party, and Amanda de Cadenet and entertainment personalities Morgan Stewart, Brendan Schaub (“Fighter and the Kid” podcast) and Nina Parker break down all of the major moments including the surprise wins and snubs, the fashion standouts, and the most newsworthy speeches during the “E! After Party: The 2018 Golden Globe Awards.”

Justin Sylvester and the team of pop culture personalities at “Daily Pop” will break down the biggest, baddest and most fascinating moments from the Golden Globes.

Join hosts Will Marfuggi, Melanie Bromley and Morgan Stewart the morning after the festivities for a full pop culture analysis of the Globes including the night’s hottest headlines and after party action you won’t get anywhere else.

Giuliana returns to co-host E! News!  Giuliana Rancic and Jason Kennedy reunite to deliver all of the juiciest moments you didn’t see – the behind-the-scenes couples, the emotional moments, and the backstage interviews to the star studded after parties, and more!

The Rundown – The 2018 Golden Globe Awards

E! News will unveil a special Golden Globes focused episode of their popular Snapchat series, “The Rundown.” This special episode will bring a unique view of the Golden Globes to E!’s passionate, engaged fan base and put E! News’ signature fast-paced and humorous spin on the trending stories of the night.  This Golden Globes themed episode of “The Rundown” premieres Monday, January 8th on Snapchat.

E! Live 360, presented exclusively by AT&T, returns for the 2018 Golden Globes, Grammys, and Oscars. Available only on the E! News mobile app, the immersive live show will feature returning host, Will Marfuggi, along with a whole new line-up of Hollywood experts including Sinéad de Vries, Matt Cutshall and celebrity stylist Maeve Reilly covering every A-list moment as it happens, as well as enhanced, 4K 360° cameras, allowing fans to experience the red carpet from every angle.