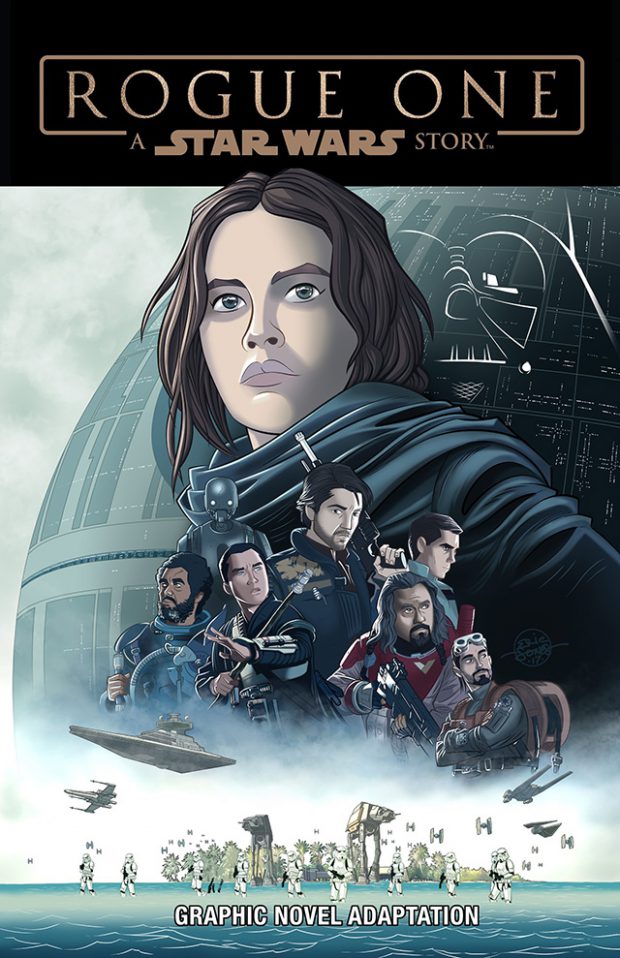 Fans of the Star Wars blockbuster can re-live the adventure in a new art style appealing to fans of Disney’s animation. The mission to steal the Death Star plans has never looked so good! Return to the adventure with the ragtag crew of Jyn, Cassian, K-2SO, Chirrut, and Baze in a galaxy far, far away. See the sands of Scarif, Vader’s castle on Mustafar, or even the kyber rich desert moon of Jedha as you flip through this 80-page book.

The Star Wars: Rogue One Graphic Novel Adaptation trade paperback collection is available for $9.99 in comic shops and book stores everywhere. The time to fight is now!