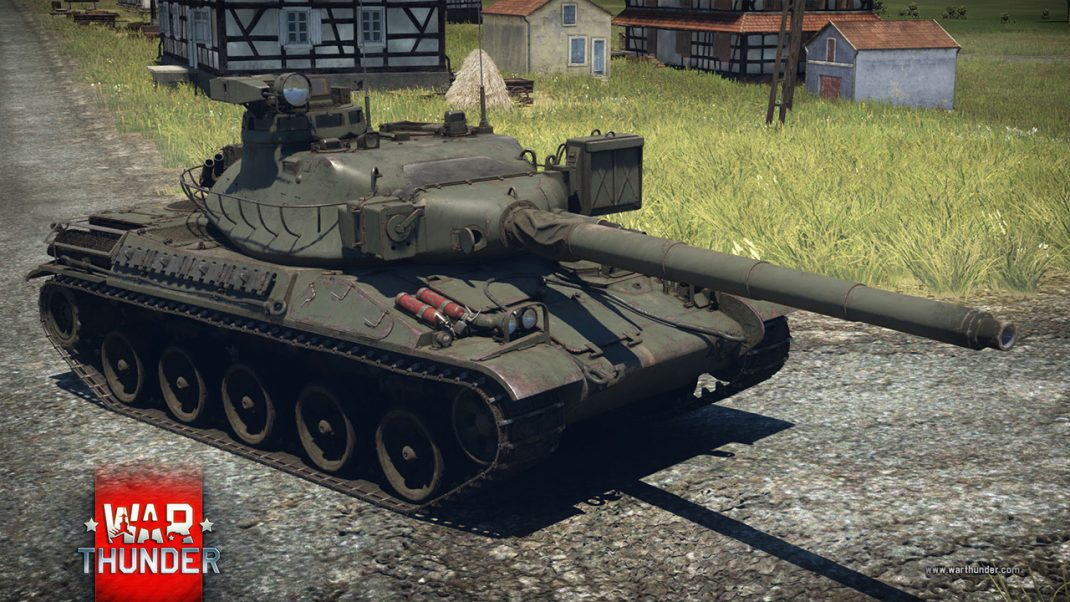 The French Ground Forces research tree starts with a staggering amount of 35 vehicles from Rank I all the way to Rank VI, encompassing early tanks of the 1930s as well as modern vehicles from the late stages of the Cold War. The production of the most modern model inWar Thunder, the AMX-30V2, began in 1982 and it is still in service today with several armies worldwide.

Together with the French Ground Forces comes the new combined battles location “Maginot Line”, portraying one of the sectors of France’s famous fortification line against Germany with its bunkers, a small town and even a medieval castle. Another new location, “Middle East”, sees combat between a ruined city and an oil plant located in the blazing desert sand.

A new reconnaissance game mechanic has been introduced for light tanks of all nations, which greatly expands the teamplay value for this type of vehicles. Now, light tanks can transmit information about enemy vehicles to their teammates and can assist all allies with repairs on the battlefield. More information is available here:

The air forces of War Thunder have received more than a dozen of new machines, including the twin-engined World War II machines Yak-2, Yak-4 for the Soviet Union and the British Whirlwind. New post-war fighters wait for the US and Japan, with the F3D-1 Skyknight and F-86-F40 Kyokko, respectively.

To celebrate the festive season, pilots and tankers of War Thunder can obtain unique Premium vehicles for free. For pilots, the P-40C for the USA and a captured Fw 190 A-8 in the French tree are available, while tankers can get the British wheeled armored car AEK Mark II, which is equipped with a tank turret, and a German Panther tank that is disguised as an American M10 tank destroyer. Specifically created for the New Year’s marathon this year, these vehicles can only be obtained during this event by fulfilling specific tasks available from 22 December to 22 January. Further rewards include boosters, decals and 3D decorative items.