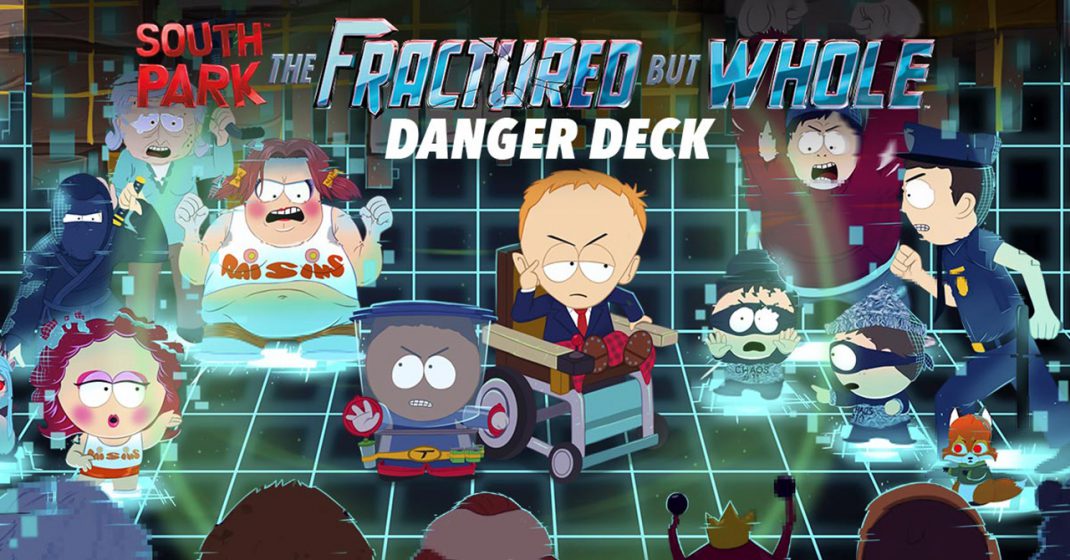 The challenging Danger Deck will teleport you to never-before-seen locations throughout South Park to engage in enemy encounters custom-crafted by the Freedom Pals. These increasingly difficult encounters will test the limits of any superhero. The combat will incorporate a variety of enemies from the game, such as the King Crab, Coked-Out Cops, Rebecca the Raisins Girl and Aunt Sheila. You’ll be rewarded with items and costumes that are also usable on alternate playthroughs of the game.

In addition to Danger Deck, the South Park: Fractured But Whole season pass will include the forthcoming add-on content From Dusk Till Casa Bonita, a new story where players team up with The Coon and Mysterion to defeat a demonic presence at Casa Bonita, as well as Bring the Crunch, which will introduce a new story and an all-new superhero class.