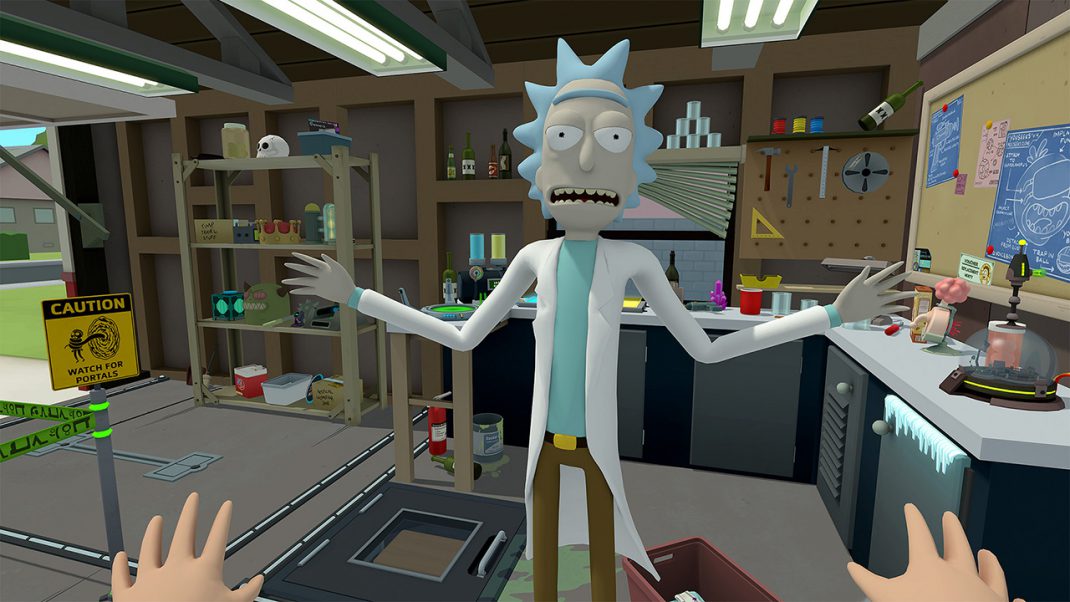 December 11, 2017 – Adult Swim announced this weekend their hit game Rick and Morty: Virtual Rick-ality, presented by Adult Swim Games, Other Ocean, and Owlchemy Labs, will be available on Sony’s PlayStation VR (PS4) in 2018. Based on the critically-acclaimed and fan favorite Rick and Morty series, this multi-dimensional and incredibly immersive virtual reality (VR) experience was the #1 most downloaded VR game on Steam at launch in April.

Since launch, Rick and Morty fans have experienced:

Rick and Morty: Virtual Rick-ality is a fast-paced, chaotic VR adventure complete with mechanics and mayhem only possible in VR. Fans will experience the show in a totally new way– personally living life as a clone of Morty and all the trauma that comes with it. Navigate and rummage through Rick’s garage and the Smith household, and step through portals to alternate worlds. Follow Rick’s directions at your own risk to solve puzzles and complete missions in room-scale virtual reality.