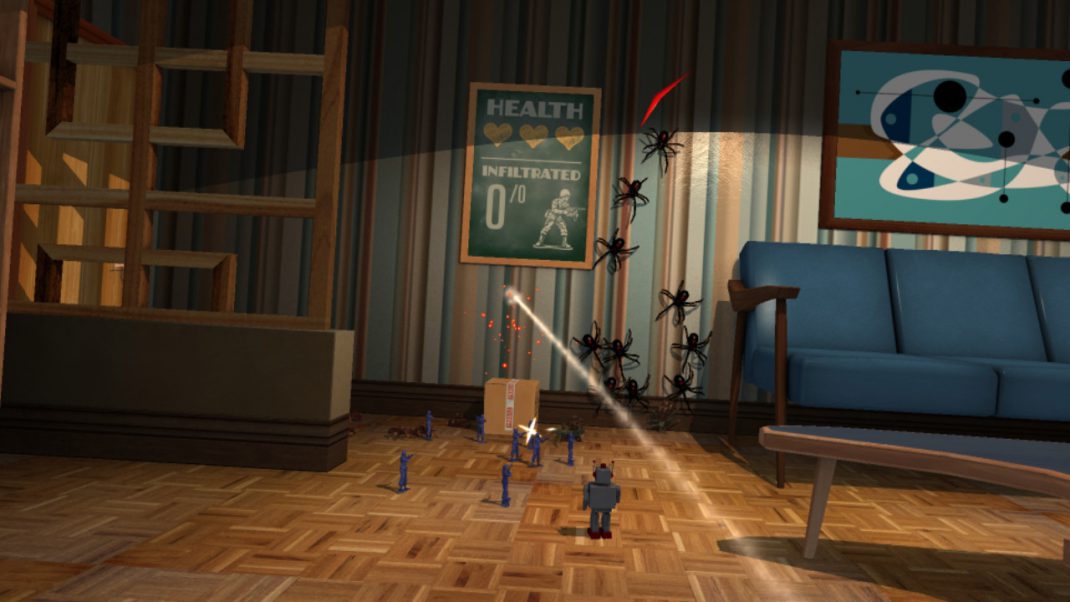 Attack of the Bugs Trailer

November 20, 2017 – Get ready for a positively crawly experience only possible in immersive VR! Featuring a unique mix of action and strategy, Attack of the Bugs will be launching on Steam VR for the Oculus Rift and HTC Vive on November 29, 2017.

This game transports players to a stylish, B-movie, horror-humor nightmare, surrounded by hordes of creepy giant insects. Attack of the Bugs features a twist on traditional VR shooters where, in addition to taking part in the action themselves, players must also gather resources and strategically deploy mini-armies to conquer the evil bug Queen and escape an insect-filled nightmare.

“As VR gamers ourselves, we wanted to create something unique that not only used the power of the emerging technology to transport you to a different world, but also brought something new and compelling to the table as a game,” says Francois Bertrand, co-founder of Empty Clip Studios and lead designer on the project.

With a mission campaign as well as infinite mode challenges, Attack of the Bugs will reward players willing to face their worst multi-legged fears!

Attack of the Bugs will be available on HTC Vive and Oculus via Steam on November 29th, 2017.