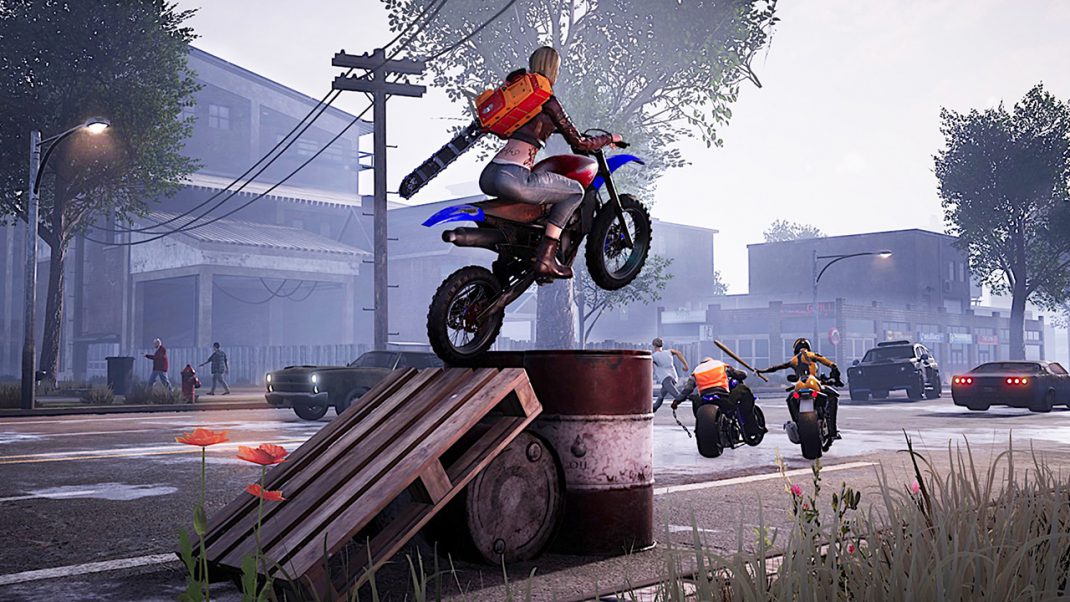 Road Rage is an over-the-top motorcycle racer and brawler in which players climb the ranks of an outlaw gang in a city run by crime. Beat down rival gang members with an arsenal of hard-hitting weapons while pushing your ride to the limit in high-speed competitions, leaving the authorities in your dust across over 90 story and side missions. Take your winnings and enhance your bike’s performance with a variety of customizable upgrades to cruise in style through this far-reaching and dangerous open world.

You’ll explore a variety of neighborhoods in the city of Ashen as you seek out ways to battle and hustle your way to victory. Take no prisoners in this knock-down, drag-out, high-speed joyride, available today on PlayStation®4, Xbox One and PC!