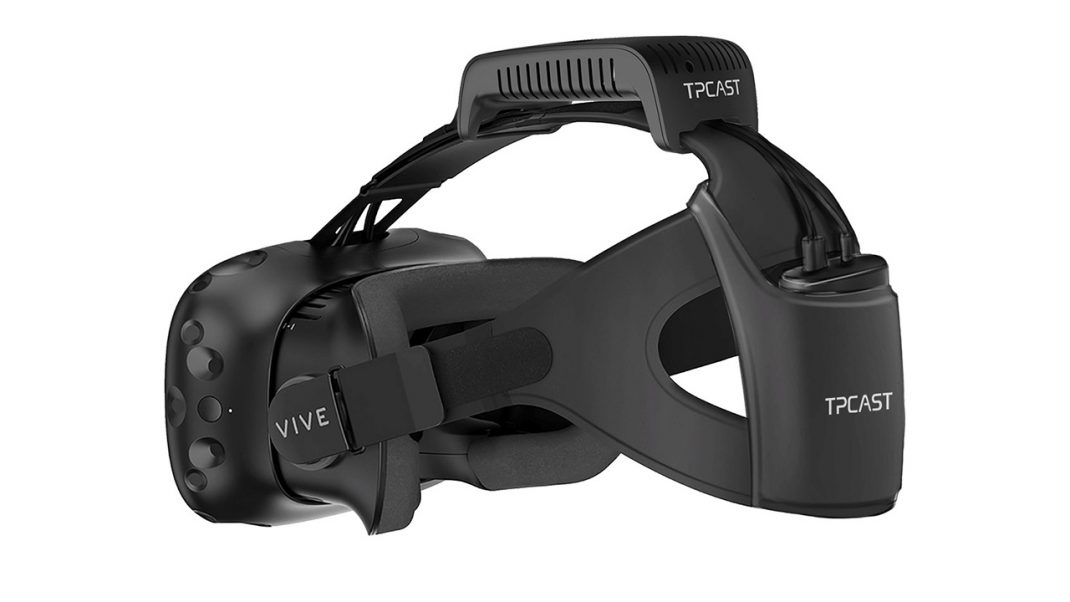 TPCAST Now Available for US Pre-Order

SUNNYVALE, Calif., Nov. 08, 2017 — TPCAST, the first to market a wireless Virtual Reality (VR) solution for Head-Mounted Display (HMD) announces the launch of its Consumer Edition Wireless VR Adapter supporting the HTC VIVE. The TPCAST adapter will be available for pre-order through the primary web and retail stores throughout the US and Canada.

The TPCAST wireless adapter is a breakthrough in the field of VR, solving one of the most significant physical obstacles – the cumbersome wiring between the PC and the headset. The wireless adapter is a small device attached to the top of the Vive HMD replacing the cables connecting the PC video and USB to the headset.  The adapter provides users an immersive VR experience including full-range motion capabilities without any impact on video quality and resolution. The adapter works perfectly with graphics intensive applications and with user extreme movement, without adding delay or affecting the experience quality.  The Adapter includes a battery that powers the HMD, allowing up to 5 hours of operation.

“Following the pent-up demand in the North American market we’re excited to bring our revolutionary wireless technology to users,” said Michael Liu, founder, and CEO of TPCAST. “Gone are the days when VR users must settle for the tethered experience; North American users can now experience true freedom – the freedom to explore a beautiful scene, to turn 360 degrees, jump, and even flip without impediment. We believe this industry milestone changes the game for VR unleashing it into a wireless world.”

“One of our goals at Vive X is to strengthen and enrich the Vive Ecosystem, and that is precisely what we’re doing,” said Marc Metis, Global Head of Vive X.  “Our investment in TPCAST was to help expedite bringing a wireless VR solution to market, and we’re very excited that wireless VR solutions are now available in multiple markets.”

TPCAST is working closely with HTC to identify top developers who can take advantage of the wireless adapter. TPCAST is providing early access to the technology to key

developers from a wide range of industries including Oil & Gas, Education, Medical, and Entertainment.

The TPCAST Consumer Edition Wireless Adapter was designed by TPCAST for the Virtual Reality HMD.  The adapter for VIVE was tailored to support the HTC VIVE HMD. The kit consists of five parts: PC TX Module, RX Module, a router and a battery. The kit provides 2K resolution with a transmission delay of less than 2ms. By going wireless, consumers and enterprises can now enjoy the VR experience tangle-free on VIVE at home, work, or at any other locations.

Pricing & Availability
The TPCAST Wireless Adapter for Vive is available to for pre-order, at a price of US$299, via retail sites such as Amazon, NewEgg, and TPCAST’s website, as of November 8th, shipping will start November 24th.

About TPCAST
Creator of the first commercial wireless virtual reality solution, TPCAST’s vision is to unleash the VR world by making all HMDs wireless. The company’s patented technologies enable highly efficient bi-directional communications between the PC and a VR HMD with near-zero latency.  Its mission is to work with all parties in the VR industry including HMD manufacturers, game developers, content providers, GPU makers, and key VR technology providers to deliver the best wireless VR experience to consumers and enterprise users.