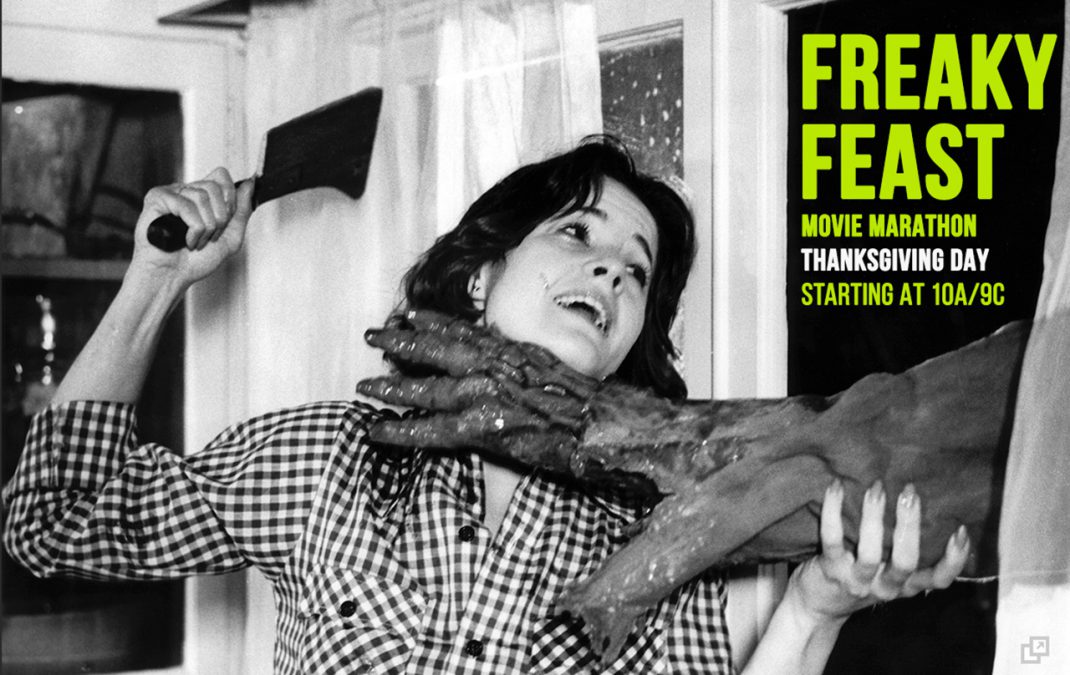 November 2, 2017 – Thanksgiving Day (November 23, starting at 10A/9C), COMET TV is cranking up the heat in the kitchen with Freaky Feast Movie Marathon featuring Superbeast, The Incredible Melting Man, Howling II: Your Sister is a Werewolf, The Video Dead, The Beast Within and Creature. Tune in for perfect pass-the- cranberry-sauce scenery.

Airing weekdays at 4P/3C throughout November, check schedule at CometTV.com

Classic Space Opera is coming to COMET! Based on materials from sci-fi legend Gene Roddenberry, Andromeda stars all action hero Kevin Sorbo as the Captain of the Andromeda Ascendant, a highly advanced ship whose crew is charged with restoring power and stability to the Systems Commonwealth. But, to succeed the Andromeda crew must battle one of sci-fi’s weirdest looking bad guys….the sinister Magog!

If you thought gate-hopping action was fun in the Milky Way, just wait until you see what it’s like in the Pegasus Galaxy. Stargate: Atlantis sees a team of international scientists unlocking the secrets of a legendary ancient city, discovering a whole new stargate network in a whole new galaxy, and bringing them face to face with the Wraith, a powerful enemy who are best summed up
with the term &#39;Evil Space Vampires&#39;! Weekdays at 3P/2C and 11P/10C