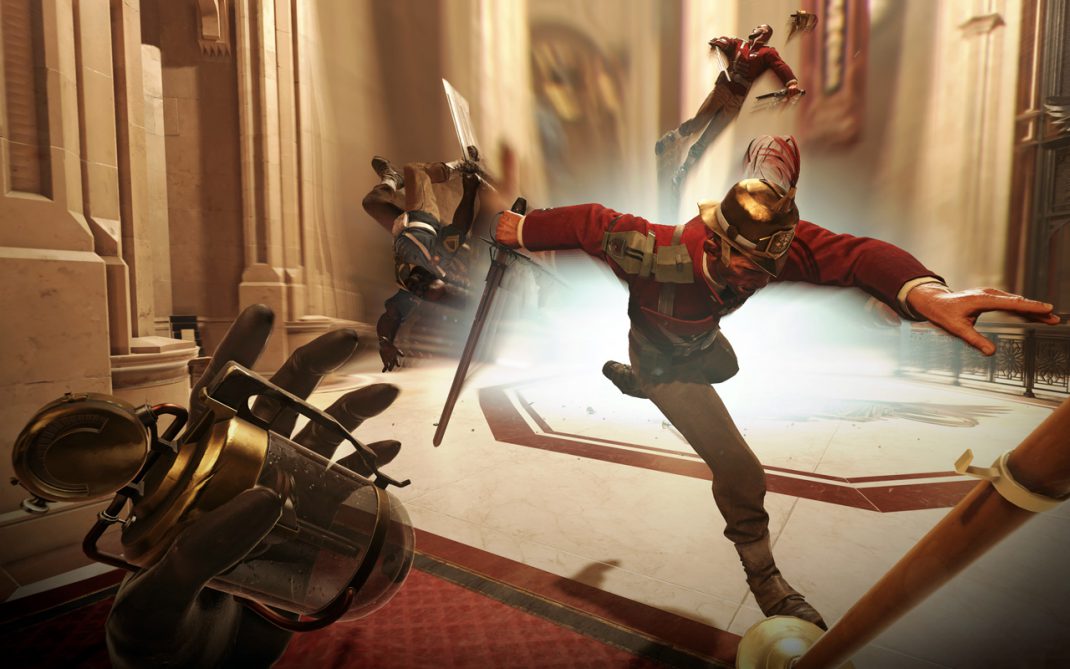 Dishonored: Death of the Outsider – A Review (PC)

Dishonored: Death of the Outsider begins after the events of Dishonored 2, with Emily Kaldwin back in power and restoring the Empire after Delilah’s rule.  You begin as Billie Lurk, former assassin under Daud’s mentorship, who is suffering nightmares about losing her eye and having her armed ruined.  Billie hears news that Daud is being held captive not far from where her ship is docked, and set’s out to face her former mentor.  Daud is being held by a group called the Eyeless, that has found a way to cancel his Void powers.  Once rescued from the Eyeless, Daud asks Billie to help him finish one last job; to kill the Outsider.  Billie agrees to help Daud, and then is visited by the Outsider who replaces her arm and eye with artifacts that imbues Billie with Void powers as well.  Billie then sets out to find a way to kill the Outsider for Daud.

Story wise, Dishonored: Death of the Outsider is a fitting end to the Kaldwin story line, but a little unsatisfying in the game play department which I will get to in the next section.  The story of Dishonored: Death of the Outsider fits perfectly with the other two games, and brings the last loose end to a nice conclusion.  Seeing Daud and Billie together again, facing off against the Outsider, feels right and proper.  The story is just long enough to make sense and feel right, without having to put more content into the game to push it to a full retail price.  For old players of the Dishonored franchise, this will give you a nice ending to the series and will still leave you wanting more later.  If you are new to the franchise, then this is the worst game to start with.  Pick up Dishonored, then go from there. 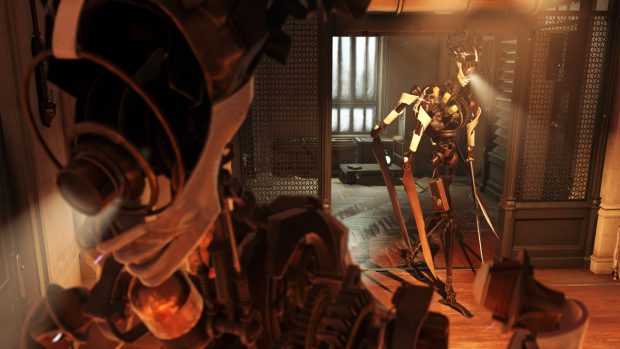 Dishonored: Death of the Outsider plays mostly the same as the other Dishonored games in the series, but with a few tweeks and changes.  Because this is the third release in the franchise, I’m going to just focus on the changes.  If you want to see how the other games played that came before, check out our reviews of those games.

First huge change in Dishonored: Death of the Outsider is the removal of the chaos system.  That’s right, kill away my little psychopaths, kill away!  Killing people no longer causes the game to change and become more chaotic, with more plague rats wandering around.  You still need to worry about combat alerting guards, or corpses being found, but there are really no consequences in subsequent levels if you murder everyone in the room.  I am of two minds with this change.  On one hand, it does really loosen your blade and plays much more like an action game.  On the other hand, yeah it plays like an action game if you don’t care about killing people.  Of course, if you went high chaos in the other games before, then nothing really has changed and you can just keep killing people.

Another big change is that you are awarded all of your powers at once, there is no leveling up in this game.  I have a feeling this had to do with the length of the game, being shorter than the main games there wasn’t time to give you your powers piece by piece.  Billie gets a few new abilities this round, displace and semblance being two of them.  Displace allows you to set a marker in the level, then return to that marker at any time.  This is really handy when things really go downhill fast and you need a quick escape.  Semblance is the more interesting power of the two, it allows you to copy the face of an NPC and disguise yourself.  As you move in disguise, your power will drain.  If you stand still, you can use Semblance indefinitely.

Billie also gets a few new gadgets, some based on former ones that you are used to.  Her hook mine is a fun one to play with, set the mine and wait for your enemy to come near it.  As soon as they do, they are lifted straight up into the air by the mine.  This can be non-lethal if you choose, but setting two mines together will tear your enemy apart.

You can also pick up contracts before you begin a mission.  A contract is an optional objective that you will need to locate and complete to earn extra money.  Contracts vary in difficulty, and add another level of complexity to the mission.

Dishonored: Death of the Outsider plays similar enough to make it feel exactly like a Dishonored game, there isn’t anything here that is new and exciting but also nothing here that is terrible or not fun.  I understand the design decisions with the skills, due to the game being about 4 hours shorter than the base game.  Everything here works well, even if removing the chaos system feels weird.  Even as I write this review, I am still not sure how much I miss that system.  Not having it in Dishonored: Death of the Outsider did not hamper my fun or ruin my time with the game at all, but it still feels weird that it was missing. 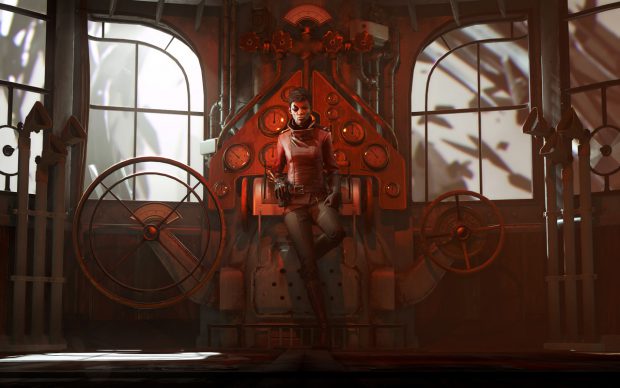 Dishonored: Death of the Outsider looks just as good as Dishonored 2 does.  Level design is interesting and we get to see more of the towns we did in previous games.  What is missing visually is the thematic level design that we have seen before.  Again, I attribute this to time in development and the fact that the game is being released at a lower retail price point.  Levels are well designed and interesting, but nothing compared to Jindosh’s mansion in Dishonored 2.

Sound and music are just as solid as ever.  The voice actors all return to complete the series, and the high quality of acting continues in Dishonored: Death of the Outsider.  Music design is just as good as it has been in previous games.  Again, nothing new but that is not necessarily a bad thing sometimes.