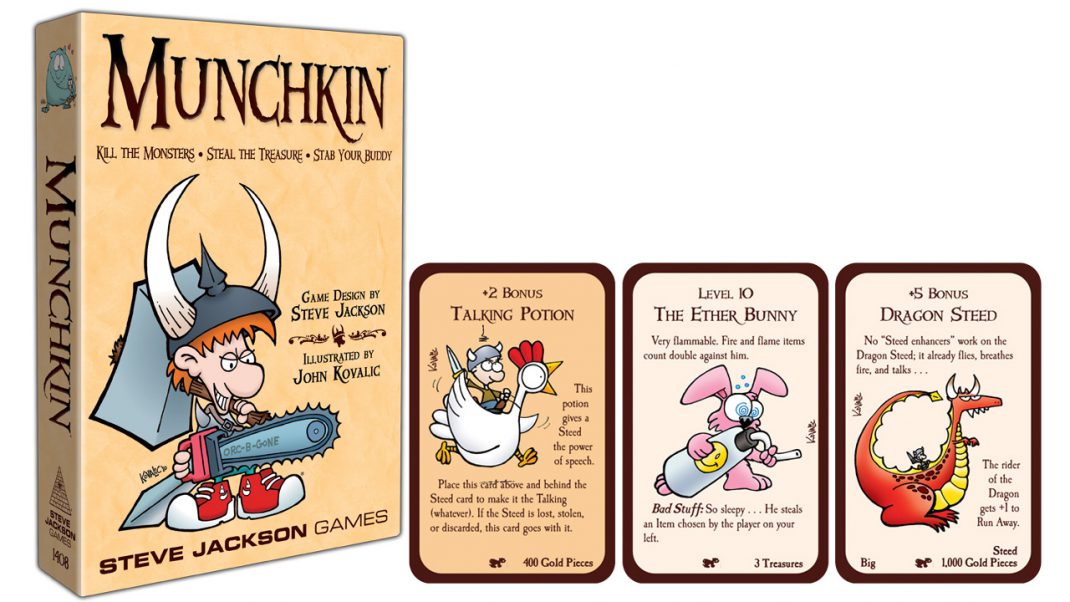 ESSEN – Oct. 27, 2017 – Asmodee Digital, a leader in digital board game entertainment today announced that the multi-million selling dungeon adventure card game, Munchkin, created and published by Steve Jackson Games Incorporated, will be reimagined for digital platforms, under license. The upcoming digital adaptation will put everything players love about Munchkin at their fingertips in the next year.

Without the standard, long-winded RPG elements, Munchkin is not only fun and fast paced, it’s easily one of the most accessible games of its genre.

“We are thrilled to partner with Asmodee Digital for the first adaptation of Munchkin to digital platforms. Munchkin has become an evergreen game over the years and we believe the time has come to offer fans around the world a truly innovative experience,” says Phil Reed, CEO of Steve Jackson Games.

The program, on behalf of Steve Jackson Games, was brokered by Surge Licensing, Inc.