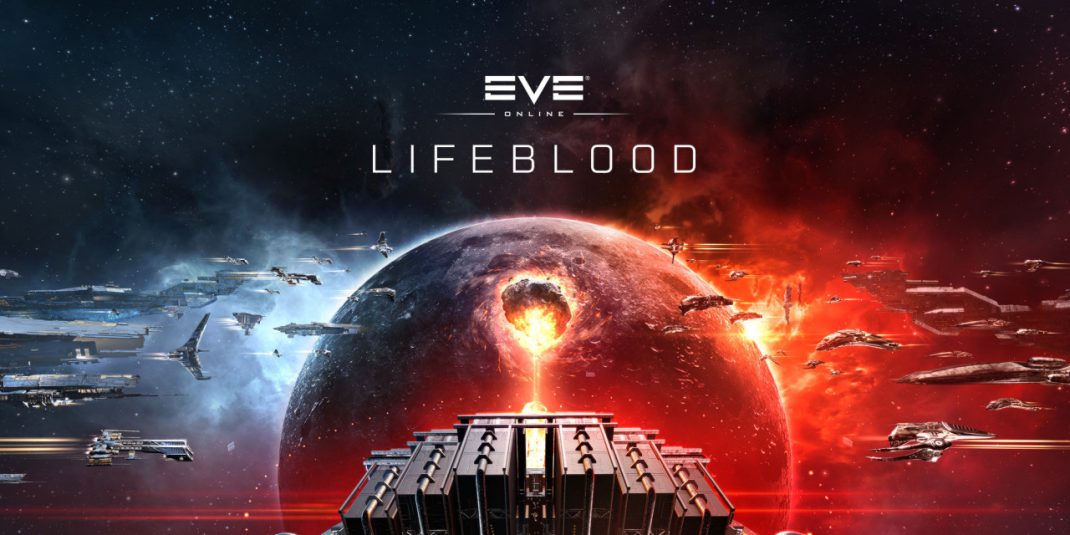 October 24, 2017 – CCP Games has released the massive new EVE Online: Lifeblood expansion, free to all of the hundreds of thousands of players in EVE Online’s rich and expansive space universe. It brings reverberating changes to the very bedrock of EVE: raw resources, player-driven markets, and the conflicts that fuel the vicious cycle of creation and destruction.

Lifeblood delivers new technologies for resource acquisition in the form of Upwell Refineries , with expanded moon mining capabilities allowing players to blast huge surface chunks from moons, tractoring them in, and detonating them into lucrative asteroid fields for mining fleets to actively forage. The introduction of these gargantuan industrial platforms and their streamlined refining capabilities has encouraged pirate factions to set their sights on taking a slice of the dwindling resources that remain in New Eden. They have set up deadly forward operating bases from which to wage war on the industrial core of the Empires in high security space, providing fleet-sized challenges for pilots to take down.

The Empires are struggling to keep up. They are actively contracting willing pilots of all skill levels to participate in the Resource Wars, requiring player cooperation to load their freighters with precious asteroid ore while defending against menacing pirates. The competition for raw materials and supremacy over space between EVE Online player alliances is also becoming more heated than ever, as the cluster is pushed closer toward the brink of all out conflict. An already expansive list of active, player-created wars just found more fuel for the fire with a complete redistribution of moon materials across the universe, forcing pilots to adjust their strategies and ambitions.

With Lifeblood’s compelling new content, more immediate objectives and far-reaching changes to industry creating massive flux in the universe, there hasn’t been a better time to join or re-join EVE Online and add your story to the rich galactic tapestry that continues to tell gaming’s most interesting player-made stories.

For more information about EVE Online: Lifeblood and current, past, and future updates, visit EVE Updates. Play EVE for free by visiting www.eveonline.com