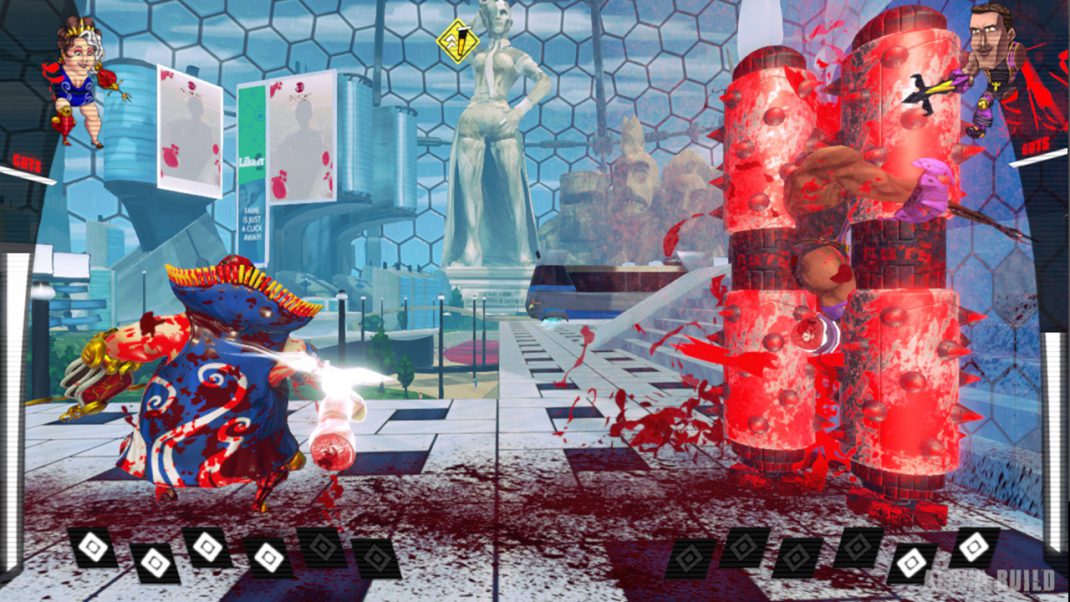 São Paulo – September 28, 2017 – Prepare for an even bloodier Halloween this year as hilariously ultraviolent fighting game GUTS (Gory Ultimate Tournament Show) from independent video game developer Flux Game Studio will launch on PC for $19.99. In the spirit of the holiday, GUTS will be available for purchase with a special Halloween discount. Players interested in trying a demo prior to release can download the genre-changing fighter from the Steam page and receive exclusive weapon skins, profile ribbons and more.

GUTS is a radical fighting game that introduces original fighting game mechanics and eliminates health bars and timers. Instead, players must dismember their opponents by using deadly GUTS Moves to chop off arms and legs. Even while missing a limb or two, the brawl continues until one fighter emerges victorious. If nine lethal opponents weren’t enough, the controversial and politically incorrect world ofGUTS features special modes where players must also be wary of the fatal environments that can sever limbs or hasten mortality. Players can face both enemies and hazards in either online and local multiplayer, as well as in a single-player story mode with a total of 18 different endings – two per character.

“GUTS may sound difficult to play because of its limb-chopping gameplay, but the title actually has a low barrier to entrance thanks to our dual-layered combo system that lets new players button mash with success, while also allowing hardcore players to perform amazing combos and difficult move sets,” said Paulo Santos, Founder of Flux Game Studio. “With GUTS you don’t need to memorize a manual to learn the inputs, which makes the game easy to pick up and entertaining for all to play. Additionally, our comeback mechanic allows for even more fun because it keeps matches close until the end.”

“Set in the year of 2067, GUTS is a deadly reality TV show that feeds the blood lust of a dystopian Earth. Players compete in bloody arenas to earn fame and fortune as the world’s next fighting idol. In order to be the best, players must master special combination moves, learn the ropes of the different move sets that change according to how many limbs they still have left, time their severing attacks and evade their opponent’s deadly blades.”

For more information on GUTS please visit the game’s Steam page, or the Facebook and Twitter pages.