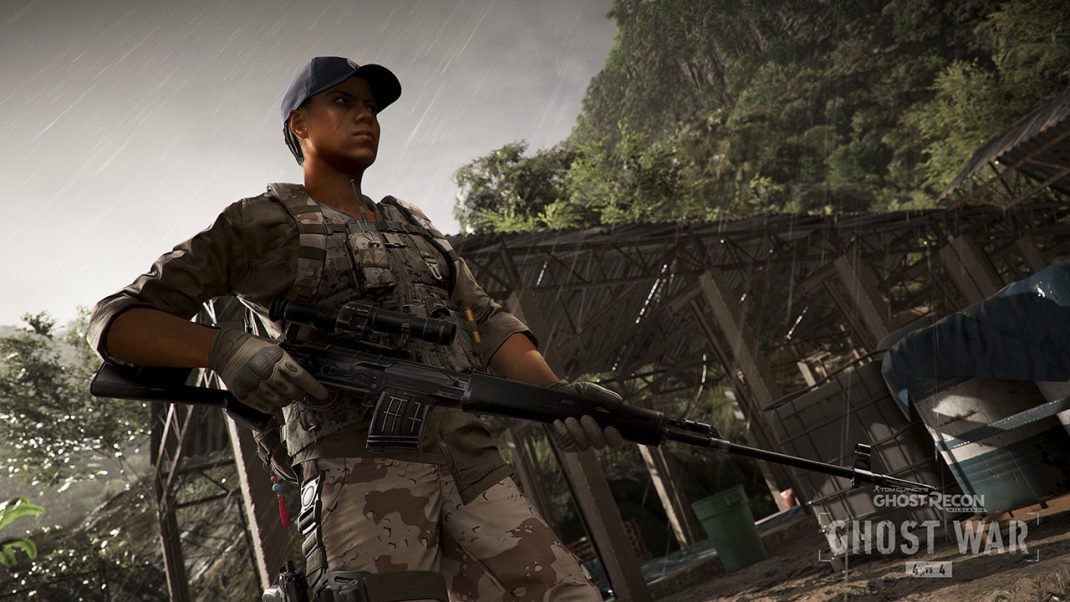 SAN FRANCISCO — September 27, 2017 — Today, Ubisoft® announced that Ghost War, the new PvP mode update for Tom Clancy’s Ghost Recon® Wildlands, will be available on October 10. Ghost War will be free for all players who own the base game and will receive regular updates with new content added post-launch.

In Ghost War, two groups of players will take part in a 4v4 team deathmatch experience that builds on the tactical squad play from the main game, where strategy is equally as important as skill. Teams will choose from a roster of varied classes across three categories including Assault, Marksman and Support, fulfilling specific roles on the battlefield as they navigate large-scale open maps and take down their enemies. Using one of the twelve distinct classes, each with their own varied characteristics, weapons, perks and customization options, players will engage with enemies across eight unique maps. Ghost War will also integrate new PvP mechanics, including suppressing fire and sound markers, to create a strategic and intense team-based multiplayer mode. For all the detailed information on Ghost War, please visit: https://ghost-recon.ubisoft.com/wildlands/en-us/ghostwar/index.aspx

The development team plans to bring regular post-launch updates to Ghost War in order to enrich the overall PvP experience. “We are excited to continue refining and expanding Ghost War after its launch” said Lucian Istrate, lead game designer on Ghost War at Ubisoft Bucharest. “Expect more classes, more maps, and even new modes to be added in the future!”

Developed by Ubisoft Paris,* Tom Clancy’s Ghost Recon Wildlands is a military shooter entirely playable in up to four-player co-op or single-player from beginning to end. Players have total freedom to accomplish their missions how they want and watch as the world reacts to their actions. Players can choose to move quietly in the night, go in hot at dawn or work together to execute a sync shot that takes out enemies in one fell swoop. Each choice has a consequence, and players must improvise or adapt their plans to ensure the completion and success of each mission.

For the latest about Tom Clancy’s Ghost Recon Wildlands and all Ubisoft games, please visit ubiblog.com.

For more information about Tom Clancy’s Ghost Recon Wildlands, please visit ghostrecon.com, follow us on twitter.com/ghostrecon or facebook.com/ghostrecon and join the conversation by using #GhostRecon.

*In collaboration with Ubisoft studios including Annecy, Bucharest, Montpellier, Milan, Belgrade and Reflections.