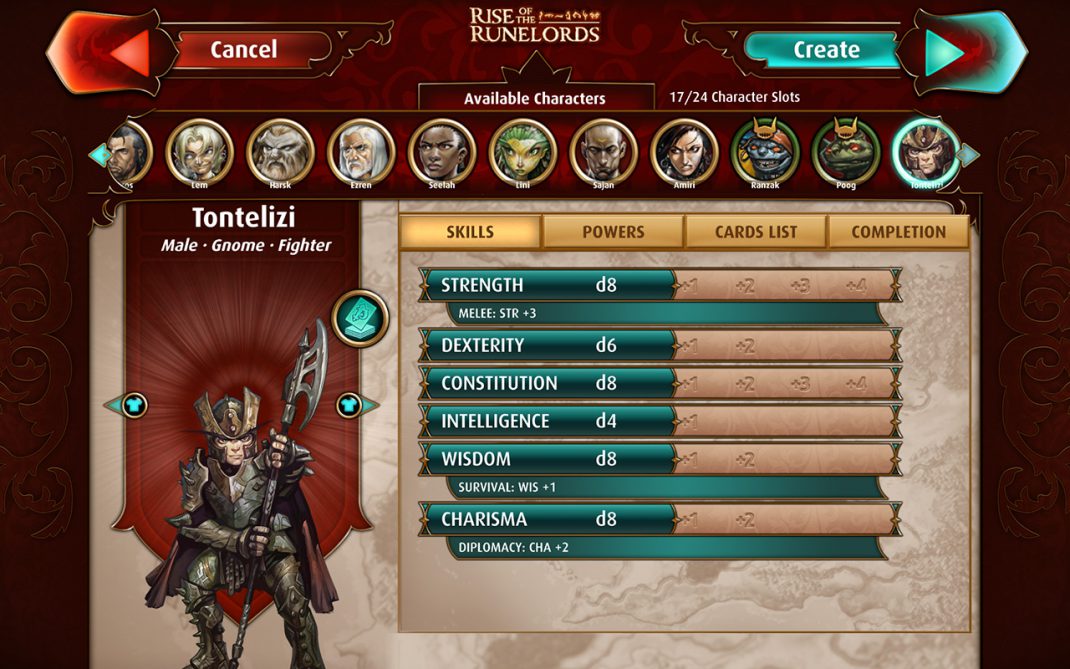 IRVINE, California – Sept. 26, 2017 – Asmodee Digital, leaders in digital board game entertainment, and Obsidian Entertainment, masters in narrative storytelling in RPGs, today announced new content for Pathfinder Adventures, the digital version of the award-winning card-based RPG. “A Fighter’s Tale: Valeros” is available now, for a one-week launch discount of $2.99 and then for $4.99 on iOS, Android and Steam.

The Pathfinder Adventures soundtrack is also available today for $1.99. Players can download the game’s iconic tunes from all major digital music providers, including Apple iTunes.

A Fighter’s Tale: Valeros features five new scenarios, including new storyline details on Valeros’ past, now coming back to haunt him. The DLC also features a new character, Tontelizi, 30 new cards (usable in Rise of the Runelords), and five new reward items specifically tailored to be used by Valeros.

Taking feedback from the community as always, in-game pricing has also been revised to the advantage of the players.