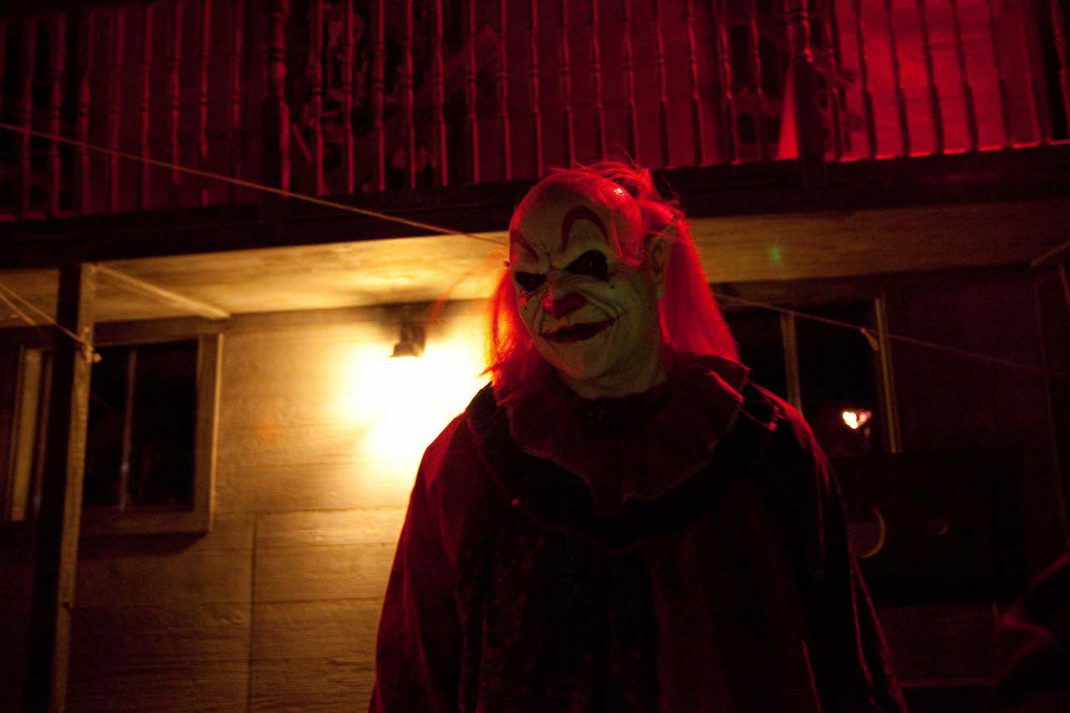 Over the years, there has developed a more extreme sort of haunted house. One that pops up around Halloween in far smaller quantity than traditional haunted houses. I call them “shock houses”.  Those looking for them can find them through word of mouth and other underground channels.  There is a huge market for these extreme experience too, and they generally require a reservation and sell out early in the scary season.  The fact that the public can’t just walk up and buy a ticket adds to the mystery and, when we talk about how we go to haunted houses, people always want to know if we have been to one of them.  These places have you sign waivers for indemnity that aren’t just for theatrics.

A few years ago, The Houses October Built was released. The film was about a group of twenty somethings, four guys and one girl, going around the country trying to find the scariest haunted house for a documentary they’re filming.  In discussing what entails the “scariest” haunted house it falls somewhere between a haunt and a shock house.  In their search, they end up getting the attention of a legendary underground shock house called the “Blue Skeleton” that sends them a private invitation.  The first film is a combination of found footage from the group and found footage from various security cameras.

Now, The Houses October Built 2 is getting ready to be released, and we got the chance to see an advanced screener for review.  In the film, which takes place after the events of the original, the crew is back on a quest for intense haunted houses. After the events of the first film, Zack (Zack Andrews) is tight on money and wants to cash in on their 15 minutes of internet fame by going to haunts across the country and rating them as pseudo-celebrities.  He gets the four guys together no problem but Brandy (Brandy Schaefer), who is the real draw thanks to The Houses October Built, has had enough trauma in her life.  Now known as “coffin girl”, she is reticent to return on the haunted house quest due to the trauma she previously-incurred.

They talk her into coming along with the promise that they will only attend normal haunted houses. Knowing her one friend is severely tight on cash, she agrees. During their travels, they get the attention of an extreme shock house known as “Hellbent”.  Be careful what you wish for, you just might get it!

That is all in the setup you need, and I’ll avoid spoiling anything else for you.  The movie shows some of the very good and well known haunted houses from around the country and has some creepy surprises and twists.  It’s nice that they are using actual haunted houses too instead of just setting up fake ones. In The Houses October Built 2, you are shown the haunts and you can look them up if you like! 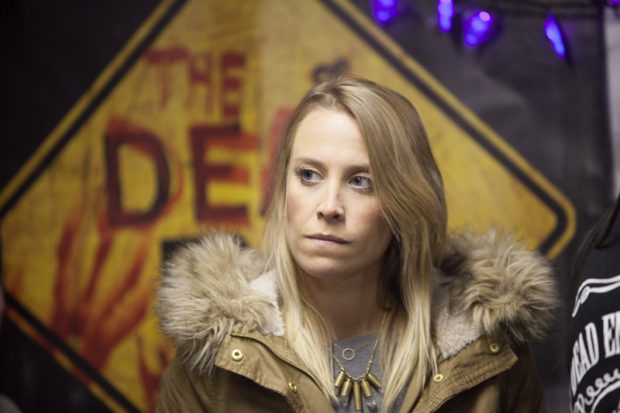 I’m trying to decide which of the movies I liked better but I think they follow a nice, natural progression. Zack, who was the mastermind behind the search for the shock house in the first one is still hooked on the idea. Brandy, who was jumpy to begin with in the first movie, winds up with the a rough, lingering reaction to the Blue Skeleton and definitely doesn’t want anything to do with them. The Houses October Built 2 attempts to ratchet things up.

One thing I watch for in found-footage films are cameras or angles that aren’t explained in a movie.  You would be amazed how often what is supposed to be a three camera shoot suddenly has a completely unexplained shot or uses a camera view that nobody would care enough about to have pointed a static camera at (a chair storage room for example).  This movie not only explains how every shot could happen but showed just about every cameraman in one of the shots so you knew they had even more than you probably thought to get all the angles. Technically, it makes sense.

The film moves along nicely with good pacing thanks to director Bobby Roe, who is also one of the writers and actors in the film. Unfortunately, the climax of The Houses October Built 2 is not quite as satisfying as the original’s ending was, but the entire film is a fun ride. The Houses October Built 2 is due out on September 22, and I highly recommend you watch both films back to back. The two of them a great double feature on an October evening with the lights turned down low.