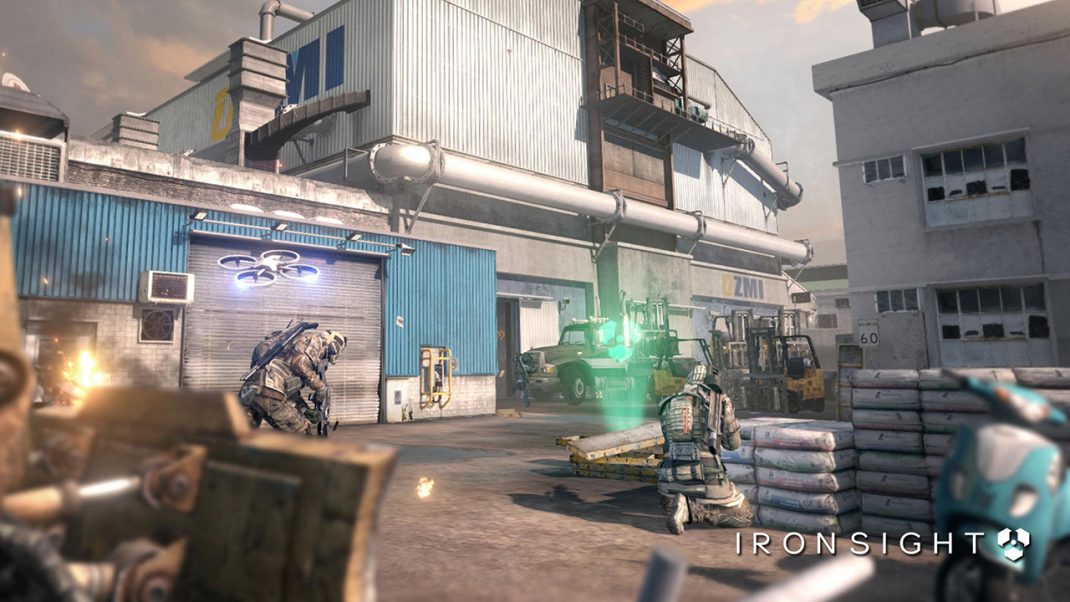 “Ironsight immediately won us over with its compelling, high-quality core shooter gameplay, delivering tremendous polish and refinement, and we are delighted to work with Wiple Games to bring this enticing free-to-play title to western audiences,” said Jens Knauber, COO of gamigo AG. “The addition of Ironsight to our portfolio demonstrates our deep commitment to core gaming and further broadens the gamigo group’s global publishing lineup.”

“Ironsight is more than a first person shooter and offers many different tactical aspects that we believe western audiences will love,” added Gilseop Song, CEO of Wiple Games. “We are delighted to have found gamigo AG as publishing partner for Ironsight and look forward to the release and to further enhance the game based on feedback from the shooter community.”

Ironsight is designed to be a new breed of shooter featuring dynamic online action, intense gameplay and spectacular graphics. Utilizing Wiple Games’ in-house toolset, the Iron Engine, Ironsight offers lifelike action in which teamwork and tactics are the key to victory. Teams will be able to take each other on across fourteen different maps featuring iconic global landmarks and various weather conditions, with a variety of game modes such as “Search & Destroy”, “Team Deathmatch” and “Domination”. In cooperative mode, players can choose between “Last Man Standing” and “Team Deathmatch” to hone their skills against cunning AI opponents.

Attack drones and controllable mechs play a pivotal role in battles and can help turn the tides of victory. Utilize these mechanized war machines to issue direct firepower or provide strategic information on the battlefield, reinforcing tactical team play. The use of devastating napalm bombs and EMP grenades further expand a player’s options while in combat, as they choose to dismantle machines and/or the soldiers behind them. Dynamic environment interaction creates numerous opportunities to destroy and interact with objects that change options of the battlefield.

Ironsight features over one-hundred different types of weapons, and many customizable parts and decals based on near-future war technologies for players to outfit themselves with the gear that best suits their playstyle. Additional customizations in the form of skins and free characterizations enhance player personalization as they enter the battlefield solo or with fellow clan members.