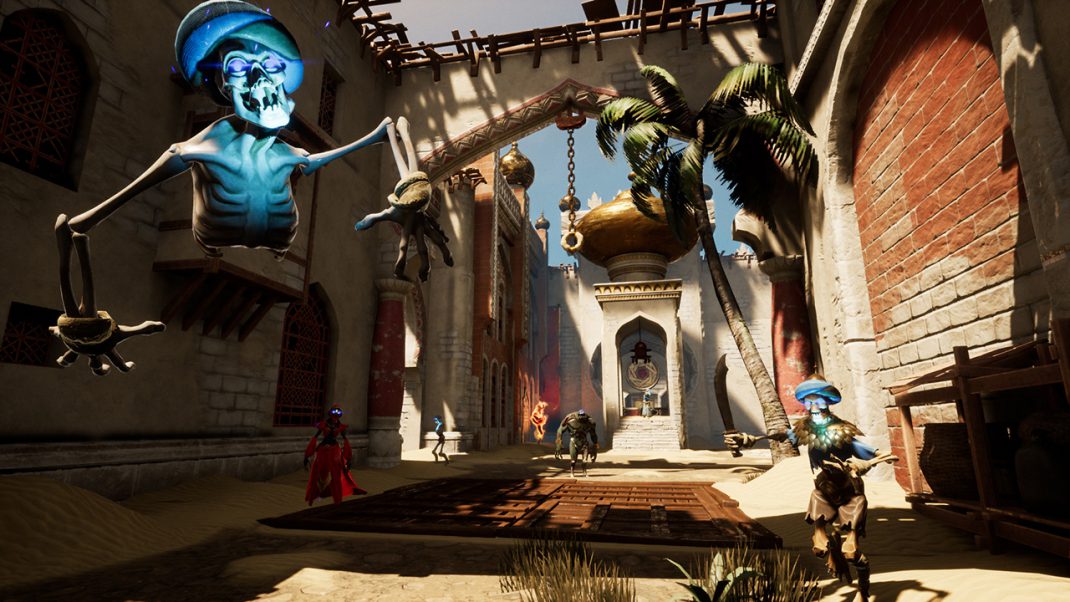 Canberra, 18th Sep 2017: Uppercut Games today announced that City of Brass for Windows is available now on Steam at an introductory price of 19.99 USD for the first week, after which it will revert to 24.99 USD.

Armed with a blade and a whip that can grab, trip, disarm, stun or shatter as well as swing, from today players can lash and slash, trick and trap their way through an opulent procedurally-generated city, making it to each trap-infested level’s exit before the sands of time run out – participating in Daily Challenges and testing their mettle against other players on the Steam Leaderboard.

“The initial Early Access version already has a core experience in place: players can dive into a 12 level campaign with hours of replayability, revealing new enemies in each level, discovering gear and relics, encountering fresh traps and evolving their tactics,” explained Lead Designer Ed Orman. “We’re in Early Access to help us balance and tune the gameplay systems, and we will steadily add more content as we approach Final Release.”

Content and features already planned for the game will take 4-6 months to add in, but given new ideas will be introduced as the game evolves, the overall period in Early Access is expected to be around 6-12 months. More enemy types, bosses, districts, secret areas, gear, relics, genies and traps will be added to the Final Release, and the play overall will be more tuned thanks to the period in Early Access. The final battle (which will be different based on decisions players make as they progress and the strategies they employ) and the mysterious prize at the center of the city, will be held back until the Final Release.

City of Brass is available on Steam here.

City of Brass will be released for PlayStation® 4 systems and Xbox One in 2018 after the Final Release of City of Brass for Windows.