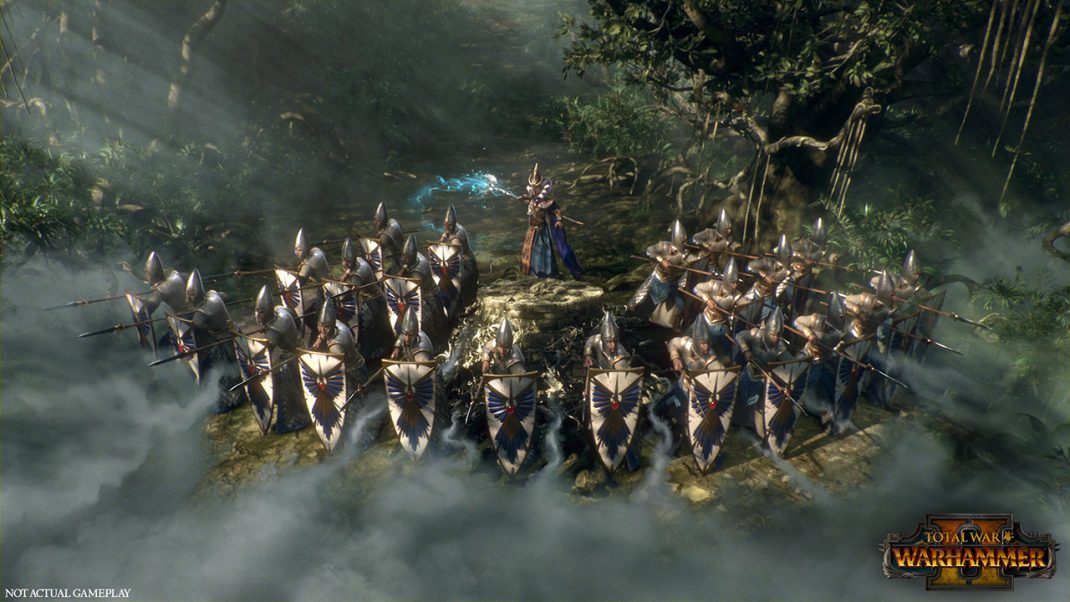 September 14, 2017 – The New World of Total War: Warhammer II is spectacular, with the jungle city of Hexoatl and Elven haven of Lothern serving as monuments to its great and ancient history. However, chaotic and fierce battles lie ahead. The New World boasts many festering ancient jungles and cold, desolate, isolating lands scarred from anarchic dark magic. Adventurers will sail across the western lands, seeking control of the great vortex and claiming the lands of Lustria, Naggaroth, Ulthuan and the Southlands. Diabolical dark forests, treacherous vast seas and mysterious abandoned ruins will slow your domination of the New World.

Be the first to gaze upon the beauty of the new world, taking in its wondrous sights and plotting your path to victory. The Welcome to the New World trailer, premiers today: https://www.youtube.com/watch?v=ZyuiR5mvvgI&feature=youtu.be

The New World in Total War: Warhammer II is realized with a variety of new graphical features to enrich players’ experiences while playing. You can see some of these improvements in this latest trailer, including improved screen space ambient occlusion (SSAO) and the new volumetric fog system which produces god ray effects.

Total War: WARHAMMER II releases on 28th September this year and is available for pre-order now through Steam: http://store.steampowered.com/app/594570

Shortly after the launch of Total War: WARHAMMER II, a gigantic update will be made available to owners of both games, for free. A new combined campaign map will enable players to conquer both the Old and New Worlds as any Race from either base game or any owned DLC Races.