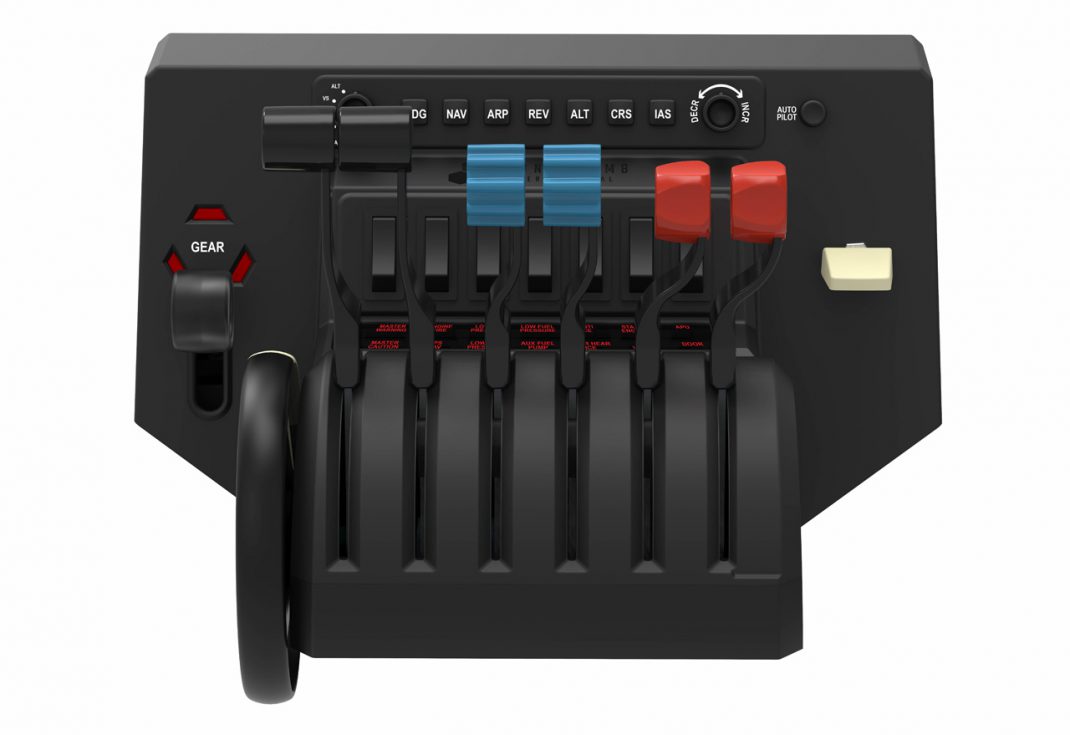 Complementing the previously announced Yoke & Switch Panel, the new Bravo Throttle System integrates seamlessly with other brands of flight simulation hardware, offering a simple way for enthusiasts to enhance their system without worrying about compatibility issues.

The Bravo Throttle System has been designed to offer an authentic engine management and avionics system for all forms of aviation. Users can configure the throttle quadrant to virtually any type of aircraft, by configuring it to either single-engine general aviation, multi-engine general aviation, two-engine commercial aviation or four-engine commercial, both with reverse thrusters as well as spoilers and flaps via the included handle kit.

In addition to the throttle configurations, the Bravo Throttle System features an impressive array of flight controls. Users can utilize the Auto Pilot for cross country flights as well as the Annunciation Panel with 14 warning lights, drawing real-time data from the flight simulation software.

The integrated gear lever comes complete with indicator lights, and the Boing® 737 style trim wheel, flap toggle controls and an additional seven programmable switches provide aspiring pilots with a plethora of controls at their fingertips.

“Since announcing the Honeycomb range earlier in the year, we’ve been inundated with support from the simulation community who are crying out for a fresh take on professional quality flight hardware. The Bravo Throttle System has been designed to integrate into the users pre-existing configuration, providing exceptionally authentic controls for commercial or general aviation aircraft,” said Nicki Repenning, CEO of snakebyte USA. “At present, flight enthusiasts have no option but to purchase several costly pieces of equipment separately in order to replicate the controls we feature on a single unit. We strongly believe that we offer better quality, better innovation and better value than alternative hardware and we look forward to unveiling more information in the run up to product launch. We’re in the final development stages of the earlier announced Alpha Flight Controls with expected launch in Q4 2017 and plan for the the Bravo Throttle Quadrant to be available shortly after.”

Designed and developed by pilots and flight engineers in California, USA, Honeycomb Aeronautical has engineered its range using genuine aerospace components and the same internal mechanics used in premium certified simulators approved by the FAA for flight training use.

Snakbyte group will be appearing at gamescom 2017, taking place in Cologne, Germany from August 22nd through August 26th, in Hall 2.1, Marketpoint Booth AD12.