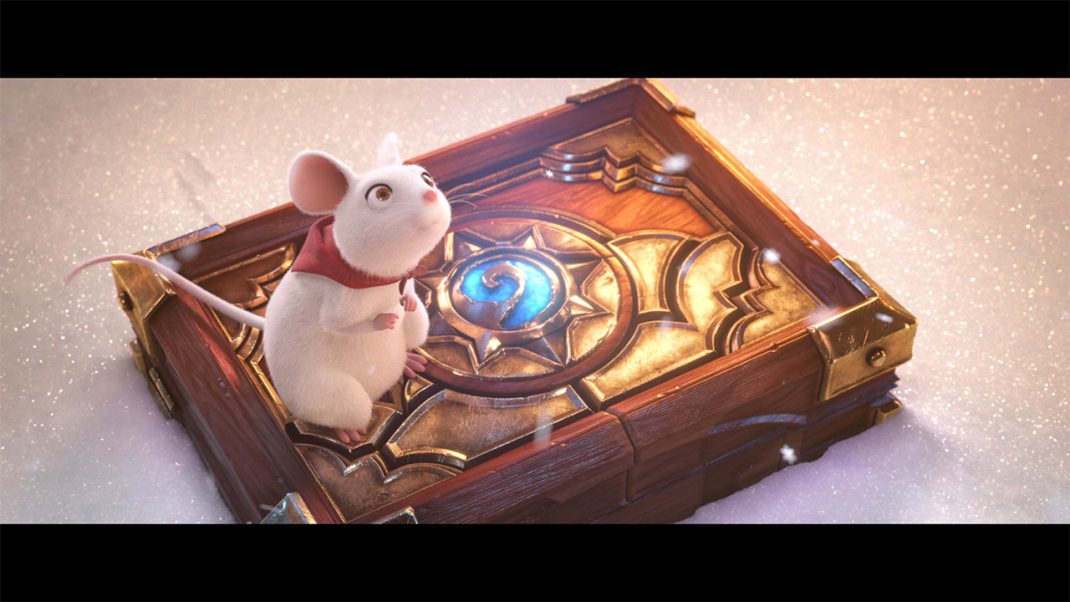 IRVINE, Calif.—August 23, 2017—Blizzard Entertainment today debuted Hearth and Home, a brand-new musical animated short that explores the story of Hearthstone®’s mystical Tavern—the setting for Blizzard’s smash-hit digital strategy card game. Hearth and Home is a whimsical introduction to the Tavern and its patrons and serves as the first in an upcoming series of animated shorts, as well as comics, that draw players into the game’s distinctively charming setting.

The Tavern is a warm and welcoming place full of laughter, camaraderie, and good-natured competition, and home to a charming cast of characters assembled from every corner of Azeroth. This includes vibrant and (mostly) friendly folks such as Malto, the kindly old mage; and Sarge, the Tavern’s resident mouse. The personalities in this ethereal inn draw inspiration from the many types of Hearthstone players who enjoy Hearthstone in real life. Whether they’re seasoned pros or just getting into the game like the young protagonist Ava, there’s a place in the Tavern for everyone.

“With Hearth and Home, our new animated short, we aimed to capture the wonder and magic of Hearthstone—in the Tavern’s welcoming interior, in its colorful patrons, and of course in their catchy song,” said Lydia Bottegoni, senior vice president of Story & Franchise Development at Blizzard Entertainment. “We’re looking forward to sharing more tales from the Hearthstone Tavern featuring Ava and her friends in the months ahead.”

Pull up a chair and watch Hearth and Home, the new Hearthstone animated short, on YouTube.

Earlier this month, Blizzard Entertainment released Knights of the Frozen Throne, the latest expansion for Hearthstone, which is available now for Windows® and Mac® PCs; Windows, iOS, and Android™ tablets; and iOS and Android phones. In Knights of the Frozen Throne, players storm Icecrown Citadel, the Lich King’s frozen fortress, in pursuit of the icy monarch’s unholy power.