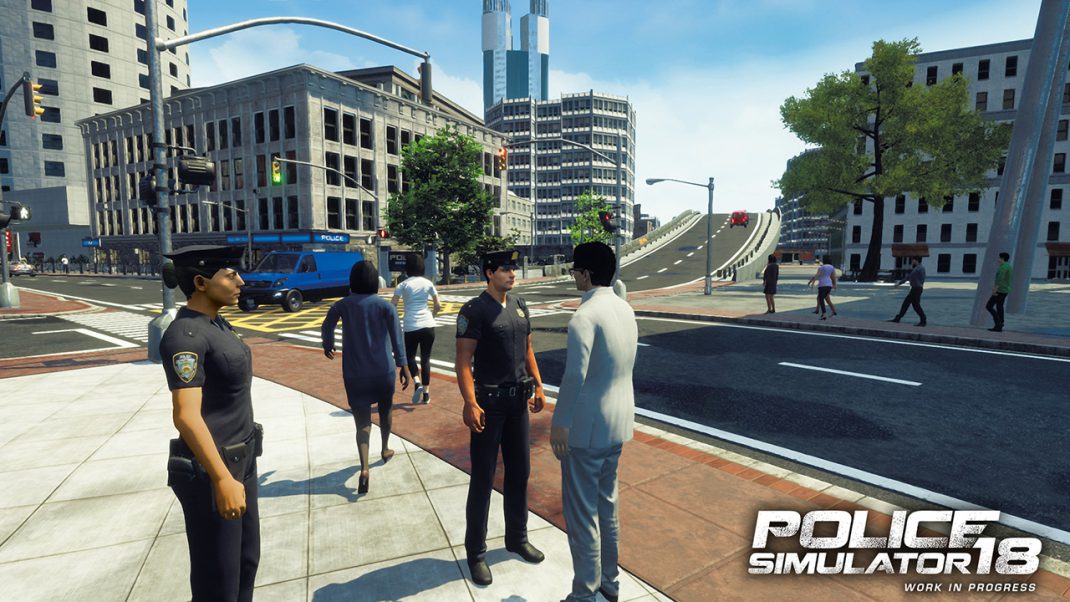 Moenchengladbach/Cologne, Germany, August 22, 2017 – Welcome to Loston Bay! During today’s gamescom press conference in Cologne astragon Entertainment and Bigmoon Entertainment were very happy to give attending media representatives new insights into the game world and gameplay of the upcoming police simulation game POLICE SIMULATOR 18 in the form of an official gamescom trailer.

POLICE SIMULATOR 18 lets the player slip into the role of a real US police officer and discover the interesting challenges and varied tasks that lie waiting for him while patrolling the streets of the sprawling US city of Loston Bay. The player can choose to go on patrol through three different city districts either alone in the game’s single player mode or together with a friend in the cooperative two-person multiplayer mode. The extremely expansive –  and thanks to the use of the Unreal® Engine 4 very lifelike – metropolis can be explored by the player freely either on foot or in one of three distinct patrol cars.

POLICE SIMULATOR 18 will be released worldwide for PC on January 25, 2018.

Further information about the development of POLICE SIMULATOR 18 will also be available on Facebook:  https://www.facebook.com/PoliceSimulator18/.