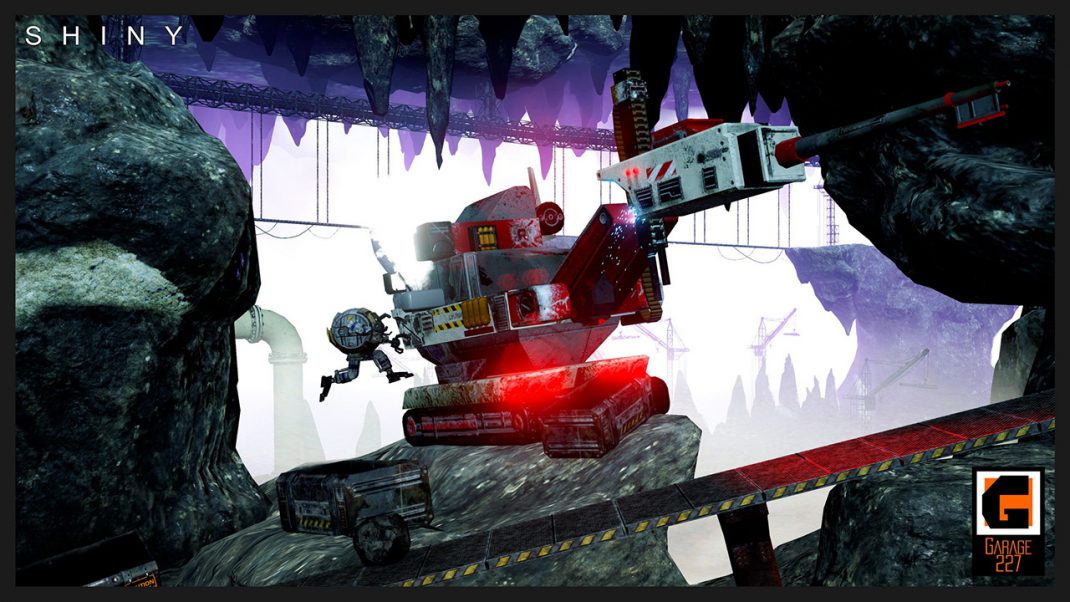 Sodesco and 1C Team Up for Shiny and Blackhole

Rotterdam, The Netherlands – 14 August 2017 – Publishers SOEDESCO and 1C Company are excited to announce their cooperation. The first project in this cooperation aims to release boxed editions of award-winning hardcore sci-fi platformer Blackhole and non-violent sci-fi platformer Shiny to PlayStation®4 and Xbox One, with more titles expected in the future. The two games can be found in stores in early 2018.

About Blackhole
Blackhole is a hardcore sci-fi platformer made by FiolaSoft Studio. The game revolves around a spaceship which crashes on Entity, an unidentified object resembling a planet. The player takes on the role of the coffee guy of the crew, who wakes up all alone after the crash. The player’s only company is Auriel, the ship’s computer’s sarcastic A.I. Together, they need to fix the spaceship, save all the others and become heroes of planet Earth, while mysterious caves, lost cities, towering mountains and deep forest full of tricky, gravity defying puzzles and deadly traps stand in their way.

About Shiny
Shiny is non-violent family friendly sci-fi platformer made by Garage 227. Players play as robot Kramer 227, who has to find a way to harvest energy and rescue its robotic friends before the doomed planet of Aurora crashes into its sun. On their journey, players need to overcome obstacles and manage their energy levels to power themselves and their friends on their way to safety.

“We’re glad 1C Company has put their trust in our skills.” Says Hans van Brakel, Executive Manager at SOEDESCO. “With our expertise in boxed games and their outstanding marketing and public relations support, we think this will be a long-standing cooperation.”

Nikolay Baryshnikov, VP Interactive Entertainment 1C Company, says about the partnership: “We’re happy to be teaming up with SOEDESCO for these two titles, because we realize that there are still players preferring boxed editions of games. We hope this cooperation will continue in the future.”