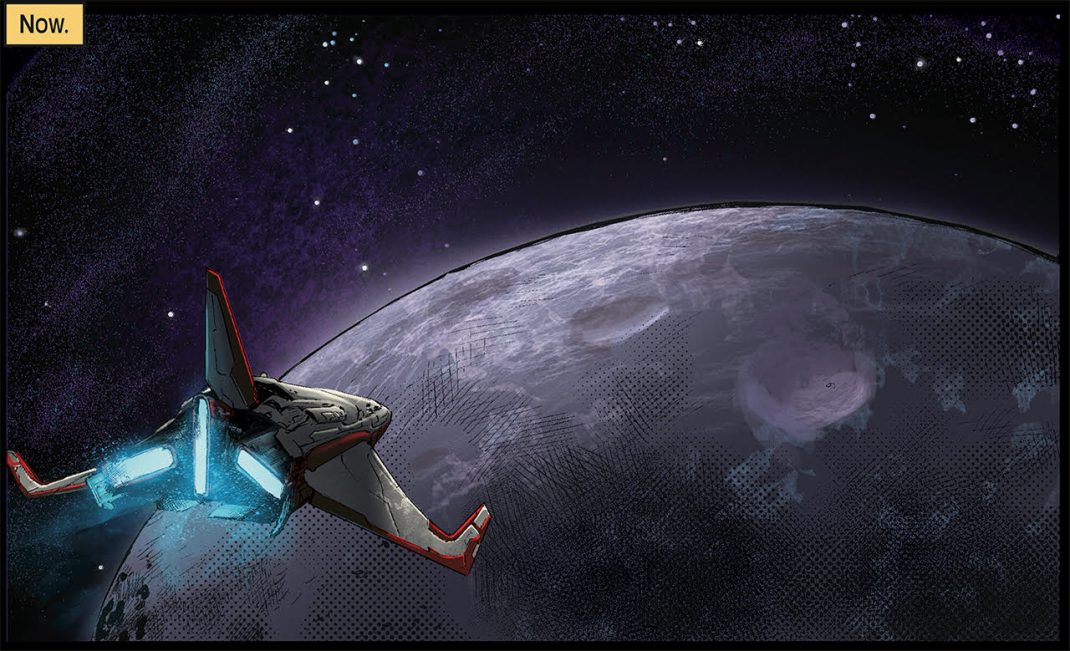 John Carpenter has long been a household name for things that go bump in the night, and his work has had a huge impact on the world of horror entertainment. From video games to films to comics and more, you would be hard-pressed to find a modern piece of horror entertainment that doesn’t somehow borrow something from a John Carpenter film.  From a silent, knife-wielding man wearing a bleached out William Shatner mask to fog-roaming undead pirates to crashed alien organisms which assimilate other life forms. John Carpenter has always been incredible at making horror seem real, no matter the source.  Now, this “Master of Horror” has set his sights on a new medium: comic books. Thanks to the publisher, we have the pleasure of reviewing Tales Of Science Fiction – The Vault (Episode 1 of 3).

Everything Has A Beginning:

We have often looked to the stars to ask if we were alone. Many times in science fiction, once that question gets answered with a close encounter, we find that we might have been better off not asking in the first place. That is kind of the running theme in John Carpenter’s Tales of Science Fiction – The Vault.  It begins with a very Alien kind of vibe, an old helium-3 collecting freighter gets a new set of co-ordinates that take it into the dark side of the moon where a massively large and apparently derelict ship floats, looking much like the smooth dome rim of an HR.Geiger alien with little pieces broken off and afloat, a foreboding sight for a bunch of space miners.  They board the vessel which has an Earth name “Vault” and printed above the entrance is a quote from Dickinson (which is often a bad sign) “The spreading wide my narrow hands to gather paradise”.

What commences is a definite teaser into what can be expected in the other two issues and one could easily conclude it will end with a few less crewman than they started with.  Carpenter is no stranger to the otherworldly “Things” and he makes sure you know this won’t be pure science fiction but rather science fiction with his bread and butter: fear and blood. The comic is drawn wonderfully and features a lot of eye-catching visuals. Its story is great and it really is a John Carpenter film in comic book form.

I only hope that some of these characters will survive this trilogy! With Carpenter’s work, you never really can tell and that makes reading this book an absolute joy for a horror and sci-fi fan such as myself.

It is hard to do a review on a series of movies, games, and especially comics off of the first section.  “John Carpenter’s Tales Of Science Fiction – The Vault” has been added to my box at the local comic book store because the beginning dug hooks into me and I have to see what happens in The Vault and the tales to come. For now, I will say that if you are a fan of John Carpenter, science fiction, or horror you will love this comic book. Dig your heels in and get ready ’cause it’s going to be a great trilogy!