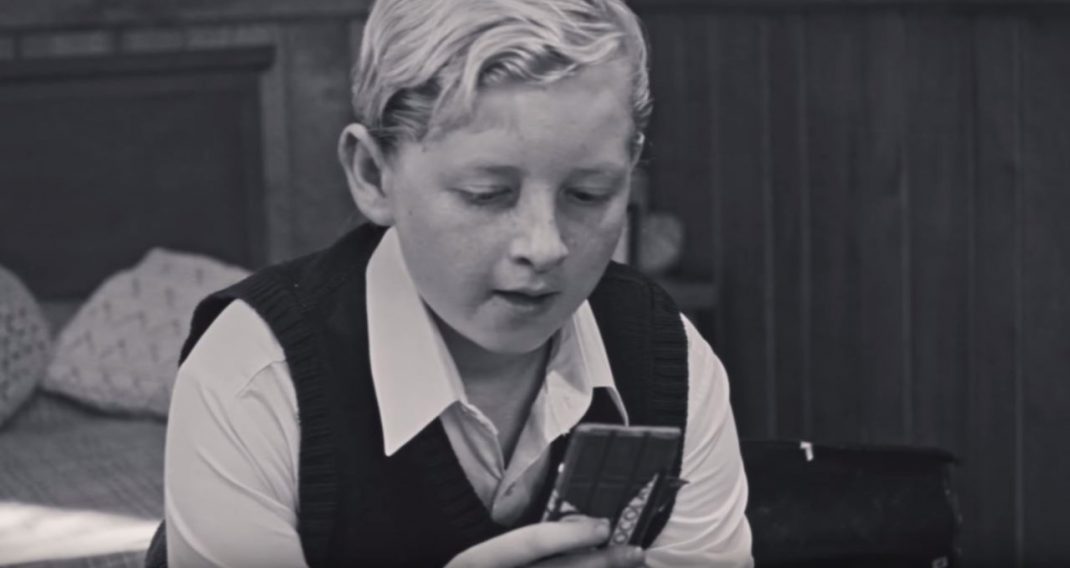 In this episode of Trust in Brother – one of the TV shows that appear in the world of Wolfenstein II: The New Colossus – there is no such thing as “just a little chocolate.” Or, as big brother Dale puts it: “Good nutrition is a matter of state security.” Watch this episode of Trust in Brother to see a twisted Nazi-fied take on a classic American sitcom.

“I’m still going to have to inform on you!” Sometimes life isn’t easy when you’re Ronnie and you’re always getting caught doing FUN (Following Unlawful Nature) things in Trust in Brother – a heartwarming comedy show for the whole family. Giggle your hearts out as the gluttonous Ronnie gorges on milk chocolate bars. Chuckle until your belt buckles burst as Ronnie dances to degenerate music that threatens to send him into a spiral of drugs, crime, and political deviance. But whenever Ronnie stumbles, his big brother Dale will always be there to catch him – and inform on him to the authorities! With a resounding endorsement from our Beloved Führer himself, you’re in for eine großartige Zeit – a hoot of a time! Trust in Brother is filmed before a live studio audience.