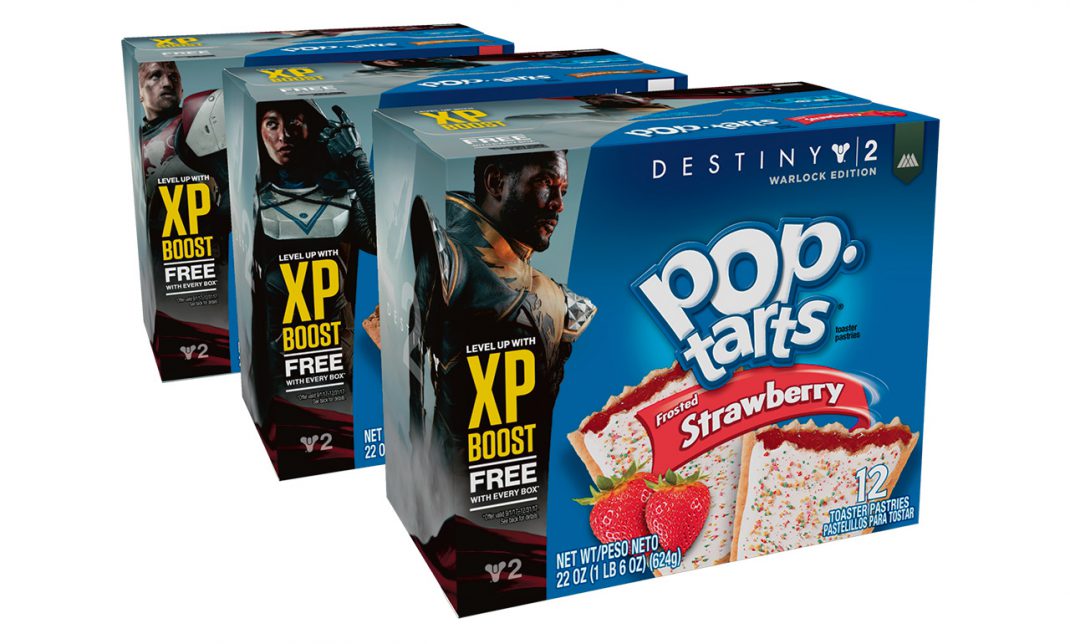 The U.S. partnership with Pop-Tarts® will fuel players’ Destiny 2 gaming experience by offering XP Boost, free with purchase of specially-marked packages of Pop-Tarts®.** In addition to this limited time offer, Pop-Tarts® will feature custom-designed, collectable packs highlighting each Guardian Subclass.  Look for these special packs of 8-count and 12-count varieties to hit grocery store shelves in September. Participants can visit KFR.com/D2XP for more info and redeem rewards beginning Sept. 1.

“In collaboration with Rockstar Energy Drink and Pop-Tarts®”, we chose strategic, renowned lifestyle partners in major markets to bring the Destiny 2 universe to life,” said Byron Beede, Sr. Vice President of Product Management. “We’re bringing these partners together to complement the overwhelming excitement of Destiny 2’s launch with benefits that reward players both inside and outside of the universe.”

Destiny 2 is the sequel to the internationally acclaimed Destiny, a first-person action game that takes the player on an epic journey to defend humanity from annihilation. In the story of Destiny 2, the last safe city on Earth has fallen and lay in ruins, occupied by a powerful new enemy Dominus Ghaul and his elite army, the Red Legion. Every player creates their own character called a ‘Guardian,’ humanity’s chosen protectors. As a Guardian in Destiny 2, players must master new abilities and weapons to reunite the city’s forces, stand together and fight back to reclaim their home. Destiny 2 will offer a fresh start to all players with no previous knowledge or background needed.