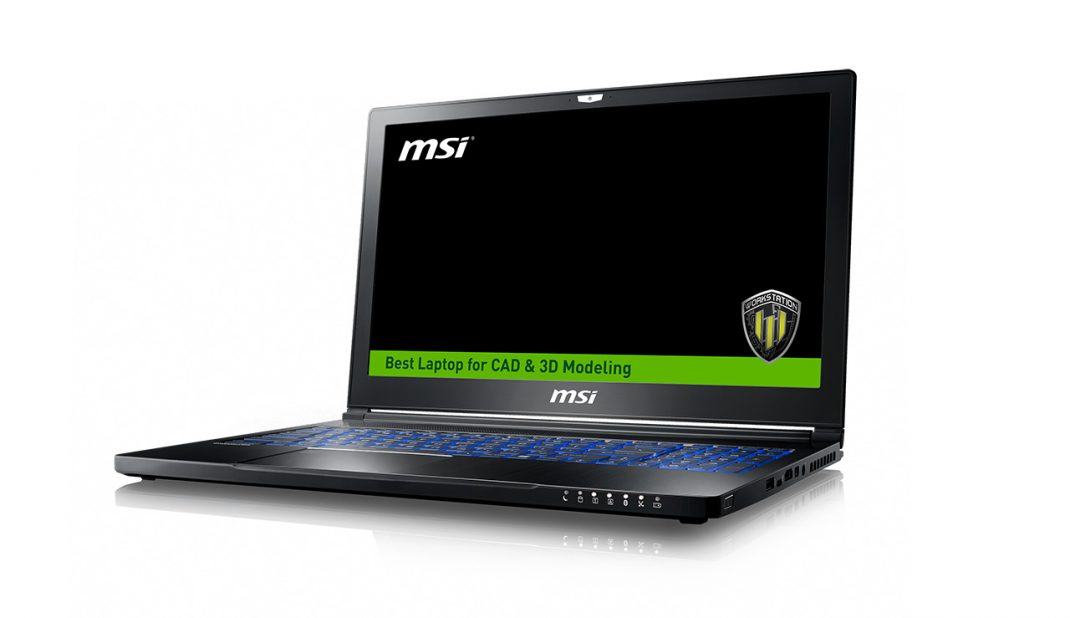 Based on NVIDIA Pascal architecture, the Quadro P4000 GPU delivers over 40 percent better visualization performance and 1.7 times the computing performance of the previous generation. The WS63 has the performance and memory capacity required for large models, detailed photo-realistic renderings and compelling VR experience in a thin and light mobile workstation chassis.

The P4000 is paired with 8GB GDDR5 memory to drive realistic VR environments, display complex models and easily handle large computational datasets. The WS63 also features NVIDIA GPU Boost 3.0 which automatically maximizes application performance in real time, while staying within the power and thermal envelope available to the GPU. The P4000 dramatically reduces visual aliasing with up to 64 times full-scene antialiasing, supports 16K texture and render processing and Pascal memory compression, increasing bandwidth by up to 20% by reducing the amount of data fetch from memory for each frame.

In addition to the new GPU, the WS63 still maintains all the best features and performance of the previous WS63 model. The WS63 boasts MSI’s Cooler Boost Trinity design with a 41-blade and 37-blade fan for the GPU, five pipes for optimized thermal designed and a 41-blade fan for the CPU. The Whirlwind blade design increases air pressure by 30 percent, reducing the running heat and resulting in a speedier cooling capacity.

“We are excited to bring NVIDIA’s Quadro P4000 GPU to our newest iteration of the WS63 workstation,” said Andy Tung, President of MSI. “With this upgrade, this line will continue to bring incredible performance to the professional market in a thin and light chassis.”

“We are proud of the continued partnership with MSI bringing to market the WS63VR, powered by the Quadro P4000, as a shining example of the technology of NVIDIA unlocking never before capable workflows for the ever-demanding customer today,” says Bob Pette, NVIDIA VP of Professional Visualization. “We look forward to continuing to drive the professional mobile market together with MSI with not only the new WS63VR but also the entire portfolio powered by NVIDIA Quadro solutions.”

The WS63 features built-in biometrics and high-level security for enterprise-grade security and is certified by Windows Hello. The workstation is also protected by an integrated discrete TPM to provide more security and stability in the commercial market.

The 15.6” screen on the WS63 is available as either a Full HD or 4K IPS – Level display. True Color Technology brings accurate colors to the screen panel and the WS63’s screen and performance can also be adjusted through MSI’s Dragon Center software.