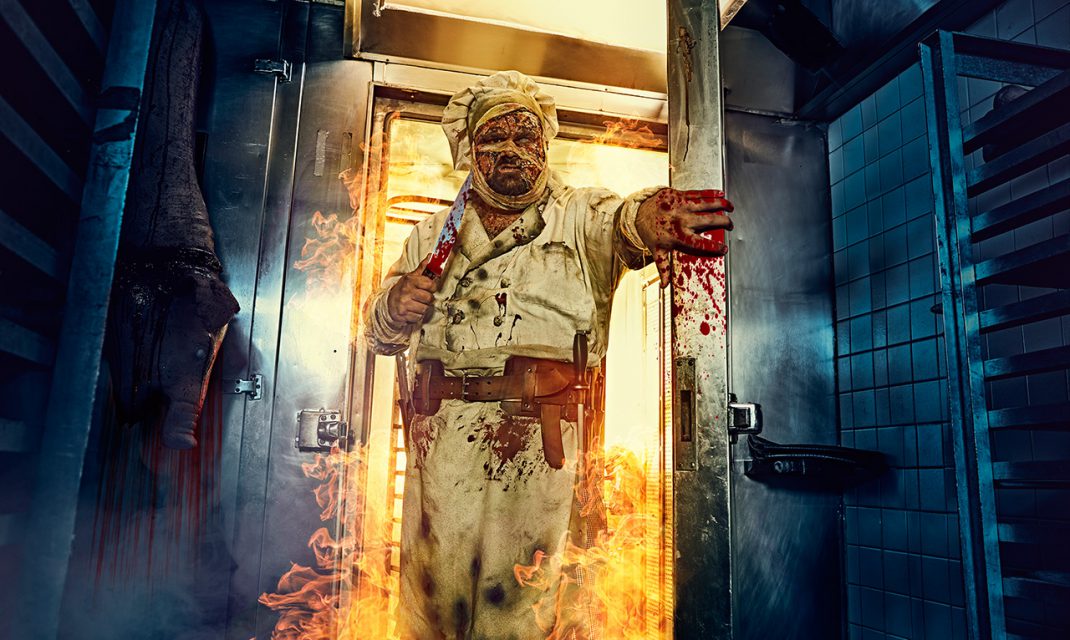 LONG BEACH, Calif., (July 31, 2017) – A new voracious resident spirit has risen from the depths of the Queen Mary’s Dark Harbor, Southern California’s most authentically terrifying haunt, opening September 28. Chef and his long-forgotten legend have resurfaced and will be brought to life through FEAST, the new horrific maze onboard the ship venturing into previously unrevealed areas of the Queen Mary’s Dark Harbor. Chef and his carnivorous kitchen staff have resumed their deadly duties, collecting new victims for Chef’s latest recipes. All who dare will swelter with fear as they crawl their way out of Chef’s scorching oven to reach their final destination…Are YOU ready to be served?

For the first time in Dark Harbor history, FEAST will be the 4th maze onboard the legendary vessel. FEAST tells the tale of Chef, a legendary spirit of the historic R.M.S. Queen Mary. As the tale goes, During WWII when the Queen Mary was in service as a troop transport ship, an enlisted military man serving in the ship’s kitchen quickly moved up the ranks to become a highly-decorated Chef. 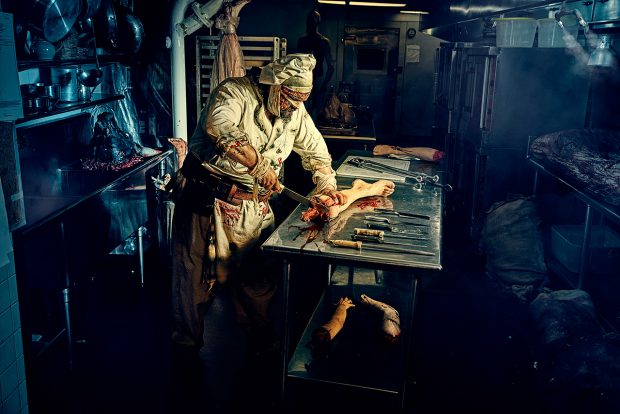 Unbeknownst to the soldiers traveling aboard, Chef had a dark side.  Quietly he would sedate soldiers in the middle of the night to prepare them as ingredients for his latest dishes. Eventually caught, the Chef was thrown into one of his own ovens and cooked alive.

Loyal to their leader Chef’s dutiful kitchen staff sacrificed their lives to become his evil henchmen, burning themselves in the same oven. The spirits of Chef and his evil crew went into hiding aboard the ship for many years. Now, these long-time stowaways have resurfaced to resume their deadly duties of collecting and preparing victims for Chef’s latest concoctions.

FEAST and Chef will make their horrific debut as Dark Harbor returns to the Queen Mary on September 28.  Southern California’s most haunted Halloween event will welcome MORE monsters, MORE nights, and MORE mazes than ever before. Offering the most authentically frightening experience available, Dark Harbor tells the truly haunted, historic tales of the Queen Mary. The infamous spirits of Chef, Iron Master, Captain, Samuel the Savage, Graceful Gale, Half-Hatch Henry, Scary Mary, Voodoo Priestess, Ringmaster, plus hundreds of their bloodcurdling henchmen await to tempt your fate.

The annual haunt opens its gates on September 28 and continues to scare those who dare on select nights through November 1. General admission ticket prices start at just $20 online, with Fast Fright, VIP Passes, Creepy Cabanas and lodging packages available. For more information or to purchase tickets online, visit www.queenmary.com/dark-harbor.