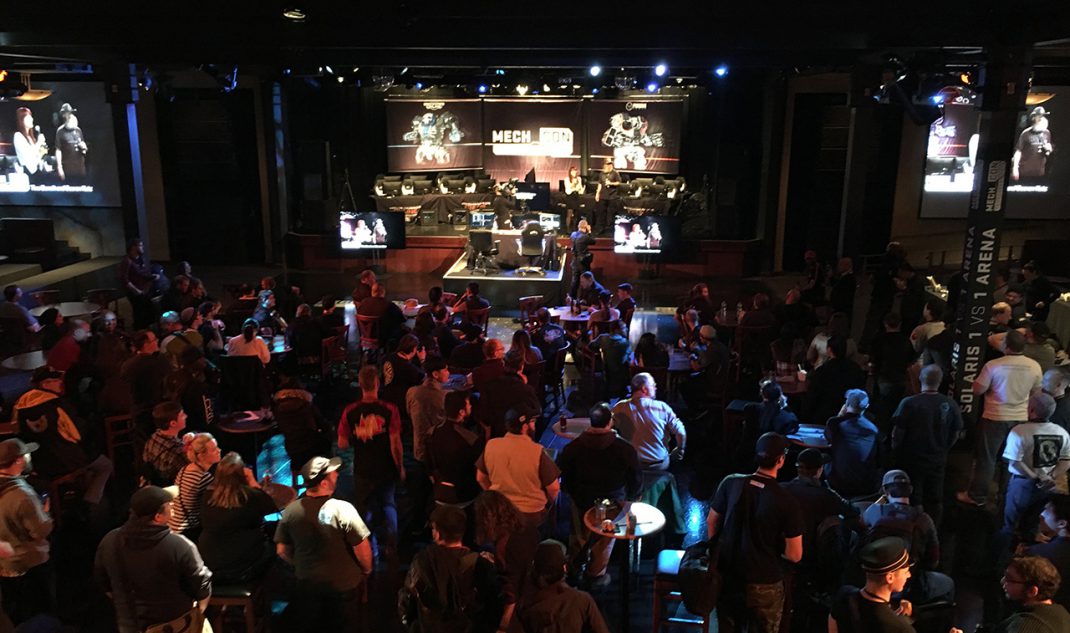 VANCOUVER – July 28th, 2017 – Eager pilots from around the world are converging on Vancouver on December 9th to play, compete or witness the MechWarrior Online World Championships at this year’s Mech_Con, and today Piranha Games revealed fans at Mech_Con will get the first crack at the upcoming and highly-anticipated MechWarrior 5: Mercenaries. The long-awaited and first standalone single player MechWarrior title will be playable for the first time in public at the event. The just-launched Mech_Con 2017 website is live as of today https://mechwarrior.com/mechcon and fans can grab tickets here: https://www.eventbrite.ca/e/mech-con-2017-vancouver-bc-tickets-34484216219.

Mech_Con is a special one-day event dedicated to the celebration of BattleTech and MechWarrior and is hosted by Piranha Games. The event features fellow MechWarrior and BattleTech creators and developers Harebrained Schemes and Catalyst Game Labs, and attendees can participate in panels, Q&A’s, 1v1 MechWarrior Online matches, win prizes and giveaways throughout the day, and more. This year’s event will be held at the Pinnacle Harbourfront Hotel and Ballroom in Vancouver, and the just-launched Mech_Con website hosts the event’s schedule, travel and booking details and more.

This year, attending fans can also get the jump on the first impressions for the upcoming MechWarrior 5: Mercenaries and be among the first to hear announcements and reveals in store for the title. MechWarrior 5: Mercenaries will feature intense PvE ‘Mech combat in an immersive, career-based Mercenary campaign driven by player choice. Featuring an advancing timeline starting in the year 3015, players will adopt the role of a green MechWarrior mercenary thrust into combat as the Third Succession War continues to fracture the Inner Sphere, the vast region of colonized space surrounding Earth. Victory, prestige, and profit will not only require skill on the battlefield, but in the maintenance and enhancement of your BattleMechs.